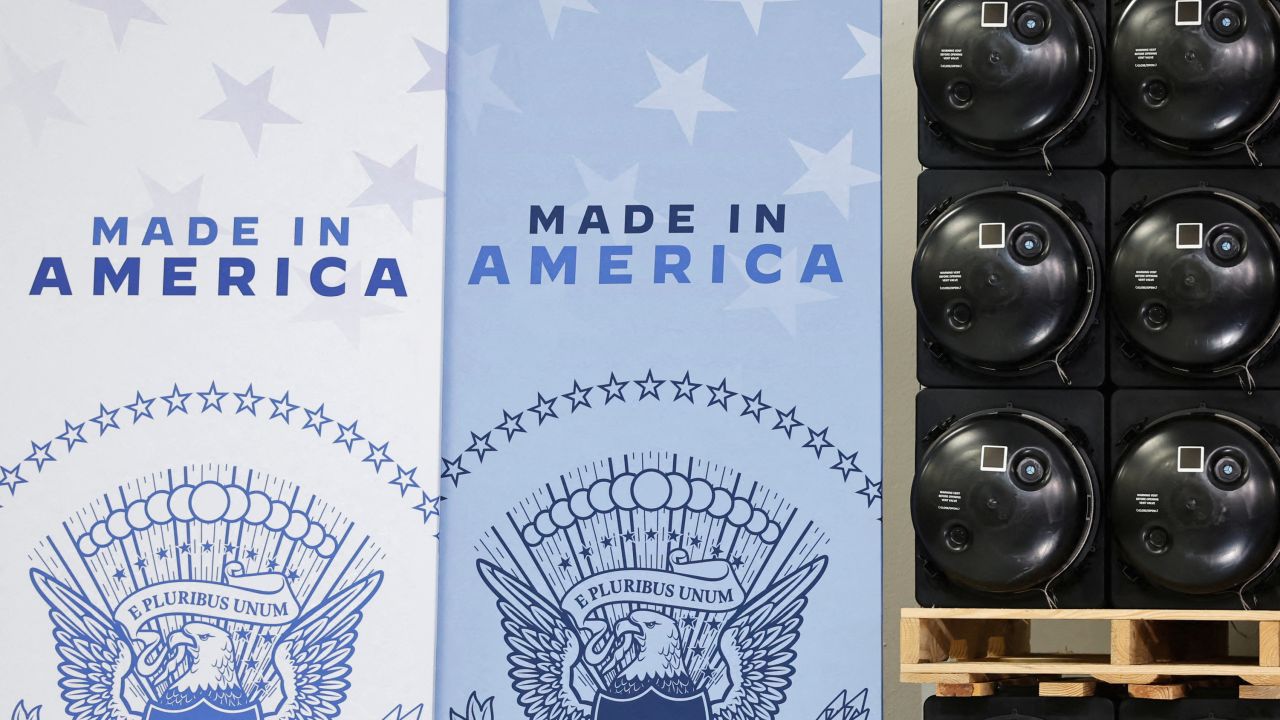 Data from China’s General Administration of Customs shows glimpses of the hollowing out of US manufacturing, and the reality of how the US must keep instigating war. Japanese will be the next victims of this strategy. America is desperately molding the global opinion to justify its stance.

Detailed analysis of data released by China’s General Administration of Customs on August 18, 2022 quoted in our August 30, 2022 column “China Accelerates Trade with Russia; Are Trade Sanctions against Russia Effective?” reveals a fascinating phenomenon. First, a review of the basic data.

Despite making so much noise about sanctions and forming a coalition against China, the US remains China’s largest trading partner.

While bordering China may give South Korea a pass, Japan, like Taiwan, and Hong Kong, is also a major trading partner of China. Needless to say, China is Japan’s largest trading partner.

◆What Does the US Import from China? What About Exports?

Let’s find out what the US imports from China, and what it exports to China.

Calculated from the December 2021 lists of imports and exports published by China’s General Administration of Customs, China’s exports to the US broken down by item are as follows.

Figure 2: Breakdown of Chinese exports to the US in 2021 by item

Items are broken down into complex categories. For example, “Machinery, electrical machinery, parts, etc.” which accounts for 43.2% of exports to the US, is a representative name for a broad category that includes a large number of items. For more details, select the link for the list of items (No. 16).

As a specific example that makes the categories easier to understand intuitively, PCs and home appliances such as microwave ovens, refrigerators, washing machines, dryers, vacuum cleaners, and lighting equipment are included in “Machinery, electrical machinery, parts, etc.” Having relocated most of its manufacturing sector to China, the US would have difficulty bringing it back. China has neatly organized teams of blue-collar workers who obey orders faithfully, as well as a low-cost supply chain in the country. For these reasons, there is a high barrier to relocating production in China to another country.

The world leader in PC shipments is Chinese company Lenovo, whose shipments exceeded 340 million units in 2021, far ahead of its competitors.

Inspired by its founder, described as one who “dove into the ocean’s depths from the lofty heights of the Chinese Academy of Sciences and caught the first tasty crab,” a technology hub called Zhongguancun (known as China’s Silicon Valley) was built in Beijing’s university district in 1984. In the early days of Zhongguancun, parts for sale on the roadside were all for used products made in the US.

The next-largest category of export items in Figure 2 is “Miscellaneous items” (14.2%), which also includes a broad range of products such as futons, cushions, toys, furniture, and jewelry/fashion accessories.

What stands out is that almost all manufactured products are made in China.

What does China import from the US? Looking at Figure 3, although “Machinery, electrical machinery, parts, etc.” accounts for a large share, it is skewed toward “parts, etc.,” including certain types of semiconductors needed to manufacture products for US manufacturers that are not the target of US sanctions.

Figure 3: Breakdown of Chinese imports from the US in 2021 by item

◆US Manufacturing Sector Has Been Hollowed Out

Figures 2 and 3 indicate that the US manufacturing sector has been hollowed out.

Trends in the US manufacturing and finance sectors’ shares of GDP based on data from the US Department of Commerce’s Bureau of Economic Analysis are shown in Figure 4.

Figure 4: Trends in US manufacturing and finance sectors’ shares of GDP

Source: Prepared by the author, based on data from Bureau of Economic Analysis, US Department of Commerce

Notable in Figure 4 is the changes that occurred from 1989 (the year of Tiananmen Square protests) to around 1992, when the Emperor of Japan visited China. The Tiananmen Square protests took place on June 4, 1989, when the People’s Liberation Army massacred young protestors seeking democracy. This should have led to a collapse of one-party rule by the Chinese Communist Party. However, Japan’s LDP government made the West end strict economic sanctions against China, arguing that they must prevent its isolation.

Following this incident, the world invested in building manufacturing facilities in China, turning it into the “factory of the world.” The US in particular relocated whole companies to China, which led to the hollowing out of domestic manufacturing. In 1990, the contribution to GDP of the finance sector exceeded that of the manufacturing sector.

The same happened to the number of engineers employed in the manufacturing sector.

Trends in the number of employees of the US manufacturing and finance sectors based on data from the US Department of Labor’s Bureau of Labor Statistics are shown in Figure 5.

Figure 5: Trends in number of employees in US manufacturing and finance sectors

Source: Prepared by the author, based on data from the Bureau of Labor Statistics, US Department of Labor

The number of employees in the manufacturing sector has declined sharply to a bare minimum of engineers that cannot be lowered.

The finance sector does not require a large workforce. A few workers harness PCs and at times use AI so that the US makes big money.

What became important to the US when it could no longer make money from manufacturing?

The best method of manipulating finance to maintain dollar hegemony is the war business.

After the Second World War, the US has constantly provoked wars around the world. More recently, however, the US has preferred the strategy of not engaging in armed conflict itself (i.e., not sacrificing American lives or spending money on war), but instead making other countries engage in wars to stir up anxiety and sell masses of weapons.

The recent war in Ukraine is a good example.

Beginning in July 2009 during his vice presidency, President Biden has spent extensive time on Ukraine, instigating a coup d’état known as the Maidan Revolution that toppled the pro-Russian administration and replacing it with a pro-American one. The US even made Ukraine amend its constitution to make joining NATO obligatory, stirring the anger of Russia’s President Putin (for further details, see chapter 5 of Ukuraina Senso ni Okeru Chugoku no tai Russia Senryaku [China’s Russia Strategy in the War in Ukraine] by the author and our May 6, 2022 column “At Last, Immutable Evidence that Biden Masterminded the Coup against Ukraine’s Pro-Russian Government.” Others, including John Mearsheimer, Emmanuel Todd, and the Swiss Institute for Peace and Energy Research (SIPER) have argued that Biden’s actions during the Obama administration were a violation of international law).

Without taking part in the conflict, the US has galvanized NATO member countries into action against “Putin’s insanity,” allowing it to not only supply (and eventually sell) arms to Ukraine, but also successfully urge those countries to take steps to arm themselves.

These developments can only benefit the US, not only because US-made weapons continue to sell, but they also spook investors into migrating their funds from an unstable Europe to the “safety” of the US, which is not a conflict zone, further cementing dollar hegemony.

Meanwhile, because of its manufacturing dependence, the US cannot cut off China completely, notwithstanding its rhetoric of a coalition against China. Biden is therefore striving to mobilize the global opinion in his favor by provoking Xi Jinping into a military invasion of Taiwan.

If mainland China were to invade Taiwan by force and unify China, its one-party rule could be threatened by the outrage of the Taiwanese people. Xi Jinping is unlikely to take this step, unless Taiwan declares itself an independent national government.

But this is not what President Biden wants.

Biden is assiduously fanning the flames of global opinion by arguing that China is stepping up its military exercises as proof of its intention to invade Taiwan. Hence, the visits to Taiwan by senior government officials and massive arms sales to Taiwan.

If Beijing did not take action in protest, it would be flamed by Chinese citizens (internet users). Biden sees Taiwan as the next battlefield as he takes advantage of this vicious cycle.

His provocative actions alone are enough to make China’s neighbors increase their armaments, which is great news for the US weapons industry.

However, we must not forget one thing.

Only Japan sacrifices lives and money for the US weapons industry to prosper.

Given that US manufacturing remains dependent on China, it is only a matter of time before China overtakes the US in GDP to become the world’s largest economy.

The US can prevent this if China goes to war.

It is the only way.

Although the US is instigating war due to an interplay of many complex factors, this article highlights the hollowing out of US manufacturing from US-China trade data and attempts a deductive discourse limited to the US war business.