言語別アーカイブ
基本操作
Xi Jinping “does not feel responsible for the initial response,” and this is “not unusual”
遠藤 誉／Homare Endo 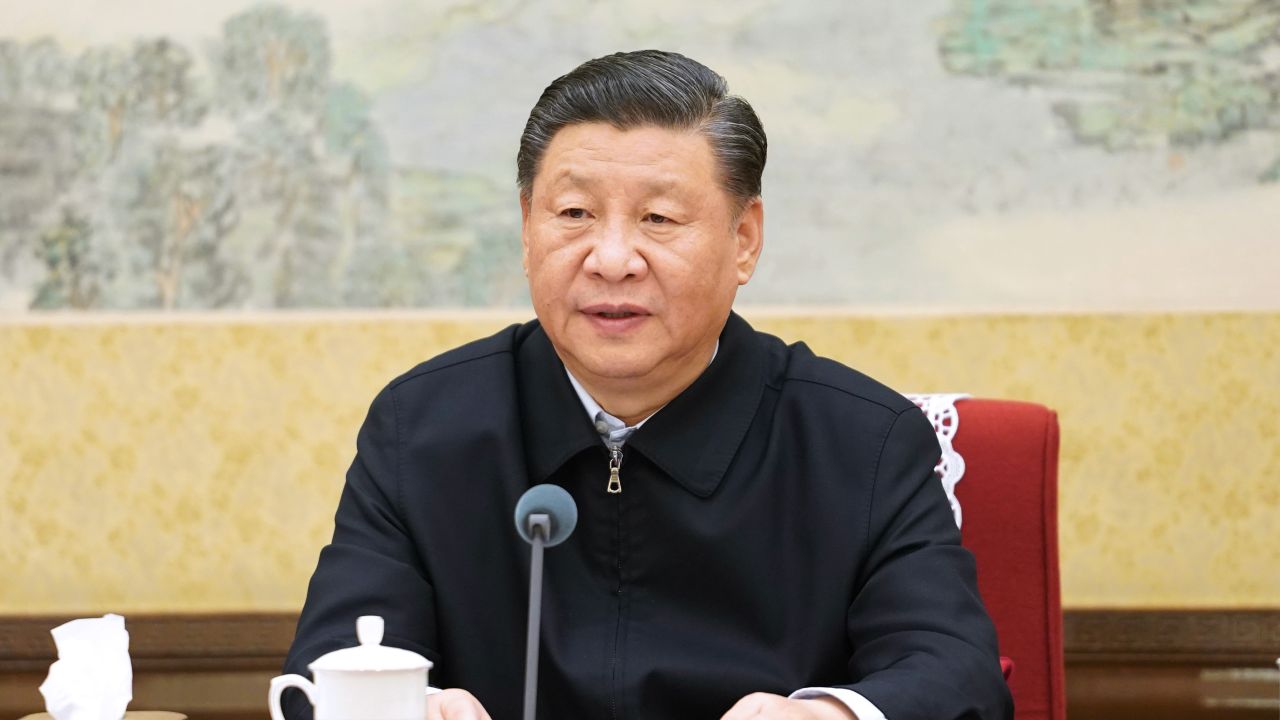 At a meeting on February 3, Xi Jinping “admitted a delay in initial response. It is unusual for him to express regret.” We see this headline everywhere in the Japanese media. Why are such distorted reports spreading? I want to raise an alarm.

◆What did Xi Jinping actually say?

As I mentioned in my column entitled <Behind Xi Jinping’s Emergency Meeting Lies the Financial Collusion of the Red Cross Society of Wuhan> on February 4, the content of the discussions at the China Seven Conference on February 3 were reported by the Japanese media only in the same way as the Beijing Joint Press <Xi Jinping’s Leadership Lags Behind in Initial Response to New Type of Pneumonia and Admitted Their Mistakes>, so I would like to take a look at how wrong this is.

The following is an excerpt of the discussions at the China Seven Conference, which have been reported by Kyodo News and other Japanese media all at once.

As you can see, the sentence circled in red indicates the “Five yao” that follow.

Carefully translated, this sentence means, “This pneumonia poses a major challenge to our country’s governance system and capabilities.  We must gather our experiences and learn from them.”

What must be done for this purpose is the five “yao” listed in the red circle. These “yao” means “have to” and is equivalent to “Do…!” when used in government documents.

Where in these orders can we find a word like “feel responsible for a delay in initial response” or an expression that Xi Jinping “expressed an apology”?

Reports must be true to the facts and accurate.

It would be outside of one’s duty as a journalist to cover news with the typically Japanese “emotionally hopeful” attitude.

The media should keep in mind that doing so would put the Japanese in a situation where they cannot make accurate judgments about China, and would not contribute to the interests of the Japanese people.

◆It is not unusual for self-reflection

Not only Xi Jinping, but other Chinese leaders have consistently “reflected on themselves” and then “given important instructions.”

Except for the era of Mao Zedong, when Deng Xiaoping ordered the opening of the Chinese market after returning from Japan by Shinkansen, he first shouted, “(Compared to Japan) our country is in ruins!” and then ordered the opening of the Chinese market. During the Southern Tour Lectures in January 1992 after the collapse of the Soviet Union, he even used the derogatory phrase, “It is like a woman with bound feet!” to describe the slow progress of the open reform policies. The aim was to give them a pep talk.

Even before China issued its national strategy for high technology, “Made in China 2025,” Xi “reflected on himself” and gave a pep talk saying, “Look at our country! If we resign ourselves to an assembly factory platform, we fall into a middle income trap!”

The same is true of the “New-Type National Urbanization Plan” that promotes urbanization. He lamented, “What a low urbanization rate in our country!” and instructed turning rural villages where migrant workers will return, into cities.

He cited the bureaucratic complexity and negligence when he released a statement calling for the promotion of blockchain technology saying, “Make sure everything can get done in one visit.” I wrote about this in “4)” in the column <Xi Jinping’s Level of Commitment to “Blockchain and Digital RMB” National Strategy> dated November 5, 2019.

The reason Xi said things mentioned in “Yao 1” above at the China Seven Conference was to give a pep talk, “So, go improve!”

One of the improvements was the rush construction of a hospital with 1,000 beds in about 10 days due to a shortage of wards in Wuhan. As of February 5, under the direction of the China Seven Conference, 11 gymnasiums, museums, and other large public facilities in Wuhan are being converted into emergency medical facilities through rush work. He said, “Respond urgently!” to these issues.

Major media outlets are also reporting that “In order to suppress the dissatisfaction of the people,” but perhaps more importantly, Xi Jinping is most afraid that a full-scale pandemic will break the one-party rule of the CPC. He must be afraid of China being completely defeated by the United States in the competition for hegemony between the United States and China, and of the Chinese economy being unable to survive.

Of particular importance is “Yao 5,” which criticized the Red Cross Society of Wuhan for its misconduct. To say what they want to say most at the end is a characteristic of government documents.

After Xi issued “important instructions” regarding the new coronavirus pneumonia on January 20, he held the China Seven Conference on January 25 and criticized Wuhan by using words like,

“No omissions in reporting!”

The State Council’s “Group to Lead Initiatives to Control New Coronavirus Pneumonia Epidemics” hosted by Premier Li Keqiang on behalf of Xi Jinping has held a number of meetings as of yesterday. In these meetings, phrases such as “Report promptly” and “No omissions in reporting” are often used. In other words, they implicitly say to Wuhan, “Enough is enough.”

In this Group, Sun Chunlan, Vice Premier in charge of health and hygiene in China, serves as a member. She has all the health, hygiene and welfare services in China under her jurisdiction. She is in the same position as Vice Premier Liu He (in charge of economic affairs), who leads the U.S.-China trade talks.

◆What is the purpose of distorting information?

Even with regard to the Group, there is an article claiming there is a power struggle because Li Keqiang was appointed as the leader. As is evident from the fact that Wen Jiabao (Prime Minister = Premier of the State Council) led a tour of the areas affected by the Sichuan Earthquake in the Hu Jintao era, it is customary in China for the Premier to visit disaster-affected areas.

When SARS broke out in 2007, Jiang Zemin tried to put off the announcement until he handed over power to the Hu Jintao administration (National People’s Congress in March 2008) and tried to blame it on Hu. So, after the Hu Jintao administration came into power, Hu made an on-site inspection to show the public that he was different from Jiang Zemin, but this was an exception.

Critics of power struggles determined that Xi put responsibility on Li because he did not want to go to dangerous Wuhan, and point out that there are no health and hygiene officials in the Group but only Xi’s close associates to stop Li’s reckless behavior. However, Vice Premier Sun, the top official in health and hygiene affairs, is on the board. That is enough.

The question is what the purpose of this distortion is.

What is the purpose of “a distorted way of telling the truth” like Kyodo News recently showed?

Is it a problem of comprehension of Chinese, and not intentional?

We will not know the purpose unless we ask the journalist himself, but now in Japan, saying that, “Xi Jinping admitted a delay in initial response. It is unusual for Xi to reflect on himself,” has taken on a life of its own. Everyone reports only in this direction.

Think about what happens when this spreads without correction.

Considering its influence, can we say for sure that there is no risk of leading the Japanese to the idea of “Xi Jinping feels apologetic,” “Then we may forgive him?” and “In that case, why don’t we allow him to come to Japan as a state guest?”

I just pray this won’t happen.

I sincerely hope that journalists remember their mission of “reporting the truth.” Otherwise, I fear that it will damage Japan’s national interests.

(This article was reprinted from Yahoo! News, Personal.)