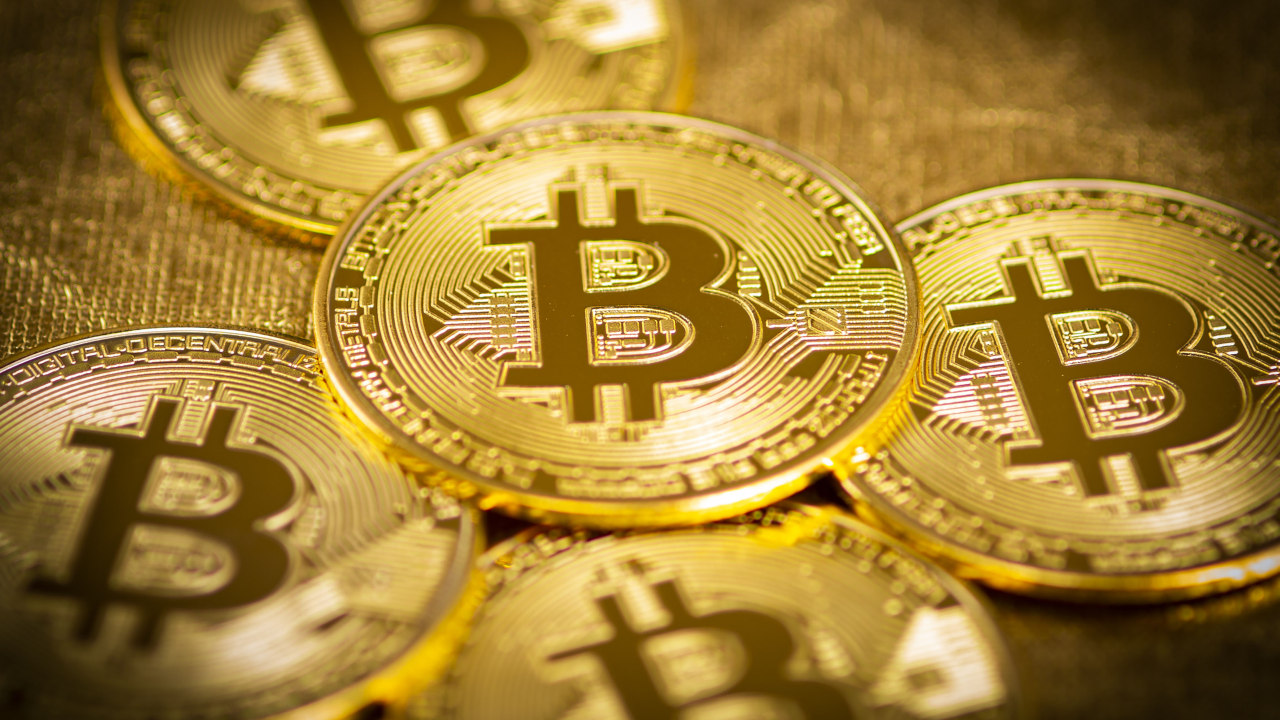 Xi Jinping announced at the Central Political Bureau (Politburo) of the Communist Party of China held on October 24 that blockchain would be included as a national strategy. The People’s Bank of China is keen to pursue a digital RMB. The potential for realizing these ambitions can be read through China’s level of commitment to them and its internal information.

On October 24, at the 18th Collective Study of the Politburo of the Central Committee of the Communist Party of China (CPC), President Xi Jinping said that the country should position blockchain as a breakthrough in independent innovation of core technology, and called for acceleration of advances in block chain technology and industrial innovation.

To understand his specific intention, it is helpful to drill down a little into the details of the speech.

1. Applying blockchain in conjunction with other technologies will play an important role in new technological innovation and industry reforms.

3. Now, major countries around the world have started working on blockchain development, and China in particular has built an extremely good foundation. Therefore, we must further accelerate the integration of blockchain with industry and economic society.

(Author’s note: The “good foundation”  is thought to refer to the progress already made in the private sector on promoting blockchain, as well as experimental introduction to  certain elements of the bureaucracy, such as the judiciary and company registrations, etc.)

4. China must be at the cutting edge of theory in this new field, and must take the lead in global trends.

5. To this end, it is vital to have control of technology that is safe and can be completely controlled by the state. We must strengthen standardization of blockchain at the national level, and increase our presence in international society. Using our advantageous position in the market, we must connect the innovation chain, the application chain, and the value chain.

6. We must build a blockchain industry ecology, integrate the latest information technologies, such as AI, big data, and IoT, and foster teams of human resources that can contribute to this project.

2) Combine blockchain technology services with construction of new-type smart cities, explore applications such as construction of information infrastructure, smart transportation, energy and electricity, and raise the level of smartness and precision in city management.

(Author’s note: From the outside, it may appear that China’s centralized authority under a single party system would ensure a pyramid-form chain of command and smooth integration of operations. However, in fact the opposite is true. China is too expansive, resulting in an excess of various departments of bureaucracy, as well as extremely poor flow of information and communication of intentions between regional and central government, regional governments, and between departments within each government. As a result, the  bureaucracy is highly inefficient. For example, take the case of visiting the service desk of a certain government department A to execute a procedure. Upon doing so, service desk A responds by directing the applicant to service desk B, whereupon they are informed that the procedure is handled by C. Upon applying to C, then onward to service desk D, E, F and so forth, on and on, and each department refuses to take responsibility. This is the situation of the bureaucracy in China at various levels.

This makes it difficult to create a centralized authority. To make it worse, in this environment, bribery, corruption, illegal payments, and so forth can occur easily. Therefore, to start simply by achieving execution of operations that can be finished in a single visit would be a significant application for blockchain.)

◆ Level of commitment No. 1—National Law on Cryptography

There is no mistaking China’s level of commitment to this as a national strategy, since it has been announced directly by President of the People’s Republic of China, General Secretary of the Communist Party of China, and Chairman of the Central Military Commission, Xi Jinping. A series of supporting materials for this has been released.

The National Law on Cryptography provides a ready starting point for explanation.

On October 26, the 14th session of the 13th Standing Committee of the National People’s Congress (NPC) was held and the Cryptography Law of the People’s Republic of China was passed.

For convenience, the name of the law will be abbreviated to the Cryptography Law in this text.

The Cryptography Law is an essential building block for the construction of a blockchain system, an objective that is listed in Chapter 1 “General Provisions.” According to this, the purpose of the Cryptography Law is to preserve national security and the societal public interest, while promoting development of the cryptography industry, including innovation. The law is to be managed and administered by the central government under the direction of the Communist Party of China.

Commercial cryptography: network and information security protection for citizens, corporations, and other organizations.

The law has 44 articles in its entirety, so the details are omitted here. However, Article 44 states that “This Law takes effect on January 1, 2020.” It is a serious commitment.

◆ Level of commitment No. 2—Original Aspiration of “Loyalty to the Party” built into a blockchain app

Next, China has decided to incorporate an app that prevents’ people from forgetting their original intention to “swear loyalty to the party” into a blockchain.

What this means is certainly a complete mystery to everyone who is not a mainland Chinese. It originates from a speech given by Xi Jinping at the 19th National Congress of the Communist Party of China, which he started with the exhortation to “Remain true to our original aspiration and keep our mission firmly in mind.” The phrase was created to ideologically indoctrinate young people and middle-income earners for whom the Communist Party of China is becoming less important amid increasing diversification of values; it therefore wants to exhortt them not to forget about Marxism, which is the original aspiration of the party.

The new app links blockchain with “building up the party.” Party members register their own “original aspiration” on the app, saving it on a blockchain that cannot be modified so that it can be shown to their future self or publicly announced.

The notion of being able to govern the people in this way might seem absurd, but it may be the reality in China that some people there will take this seriously.

In addition, if blockchain offers convenience for industrial activities and daily living, then people can simply ignore the “original aspiration.”

◆ Level of commitment No. 3—Will the People’s Bank of China launch a “digital RMB”?

On October 28 at the 1st Bund Finance Summit promoted by the China Finance 40 Forum held in Shanghai, People’s Bank of China Governor Yi Gang stated that “blockchain technology has tremendous potential to promote development of digital innovation.” He also urged private banks to strengthen their introduction of blockchains in financial services.

Vice Chairman Huang Qifan of the China Center for International Economic Exchanges was present at the forum, and spoke enthusiastically about blockchain, and was widely covered in the media under the headline: “I don’t think that Libra will be successful. The People’s Bank of China may be the first in the world to use digital currency Six main key points.”

Huang Qifan served as vice secretary of Chongquing when Bo Xilai was secretary. His movements are somewhat suspicious, and I have been following up on his activities. However, he has ultimately survived due to his strength in financial matters and is now playing a central role in promoting digital RMB. It is quite impressive to see the approach of Xi Jinping’s administration using people Hu Jintao’s administration allowed to survive.

The theme of Huang Qifan’s speech was “A global financial ecology for remodeling digitalization.”

In the speech, he made the following explosive statement.

“Digitalization has the potential to upset the world order. In the future, new finance formats will evolve constantly, such as quantitative investment (investing according to predetermined rules and models) and investment by robot advisors (where robots automatically make investments based on settings), financial cloud services such as artificial intelligence pricing (price determination of financial instruments and second-hand products by AI) and “AI determination of insurance compensation,” and “saving evidence and certificates on a blockchain”; the finance industry will enter a completely new age. China will lead this change.”

(1)Blockchain, like DNA technology, is useful for raising the fundamental status at various levels.

(2)SWIFT and CHIPS are based on old technology and they are inefficient. It takes several days to make international money transfers and large transfers cannot be made or incur high commission fees. Therefore, the world needs a new clearing network based on blockchain.

(3)I do not think that Bitcoin and Libra (Facebook’s cryptocurrency) will succeed. The value of currency is generated by trust. A cryptocurrency without trust is like grass without roots.

The People’s Bank of China has already spent 5 or 6 years studying digital currencies. It may therefore become the first bank to issue a digital currency.

(4)The digitalization of currency will change global money information. In the old days, money was based on the gold standard, and then on trust in governments. Through the military and economic might, the United Status has monopolized dollar-based settlements of oil and international trade, making the U.S. dollar the de-facto global currency. This monopoly will be broken by digital currency.

(5) Payment methods for individuals will be revolutionized. China’s digital payment (cashless) is among the best in the world, with transaction volume for 2018 reaching $US39 trillion compared to just $US180 billion in the United States. Blockchain is a network that links payment systems and banks, enabling simpler, faster cross-border payments.

(6) Digitalization can increase the efficiency of the industrial chain. With the fusion of things and the internet through 5G, it is possible to build internets not only for consumers but also for industry, enabling a significant increase in efficiency.

In conclusion, the adoption of blockchain and digital currency for China as a country offers benefits such as prevention of counterfeiting since the history is left, unlike cash, and easy centralized control of the country.

This will enable prevention of money laundering, fraud, and tax evasion at the domestic level. Since the flow of money can be recorded, monitoring of the population may be enhanced even further.

Externally, the global adoption of the RMB, and by extension, the overthrow of U.S. dollar hegemony, is clearly the intention of the Xi Jinping administration.

No doubt the government has determined that taking control of digital currency before the private sector can touch it is a winning strategy.

The question is whether executing this plan will ultimately result in the RMB breaking the U.S. dollar’s hegemony.This will be an interesting point to watch in the future.

Facebook CEO Mark Zuckerberg objected to the House Financial Services Committee in a public hearing on October 23, that if U.S. Congress blocked the issuance of the cryptocurrency Libra, the U.S. would lose out to China on cryptocurrency.

Xi Jinping’s announcement regarding the national strategy on blockchain came the following day on October 24. I wonder if Zuckerberg’s warning may prove to be correct.