言語別アーカイブ
基本操作
Why Has Li Keqiang Been in the Public Spotlight More Than Xi Jinping Since the Coronavirus Outbreak?
遠藤 誉／Homare Endo 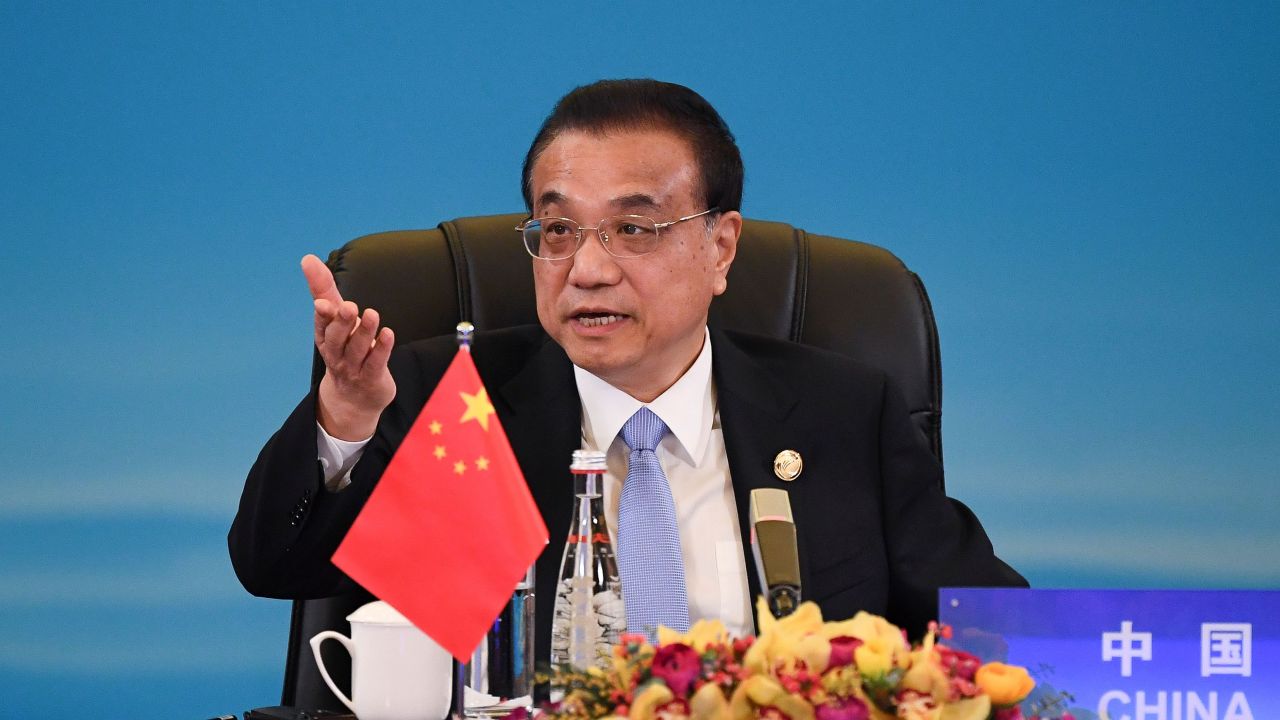 Xi Jinping has only appeared in public twice since he issued “important instructions” on the new coronavirus on January 20. Why? The backdrop to his absence is so serious, Mr. Xi would probably prefer to keep it concealed for the rest of his life. This backdrop is primarily to blame for the spread of the new coronavirus around the world.

Where and what was Xi Jinping up to when he issued his “important instructions?”

President Xi Jinping has made only a few public appearances since the coronavirus outbreak. He first appeared in a meeting with the Director-General of the World Health Organization (WHO), Dr. Tedros Adhanom Ghebreyesus, on January 28 at the Great Hall of the People in Beijing. This was followed on February 5 by a meeting with Cambodian Prime Minister Hun Sen, which was also held at the Great Hall of the People.

Apart from those events, Mr. Xi has not been seen in public. It is Premier Li Keqiang who has appeared more frequently in public, holding meetings and press conferences with Zhong Nanshan, China’s senior medical advisor, by his side.

These are usually circumstances that power struggle theorists would ordinarily pounce on. However, the truth is that the backdrop to these events could prove fatal to Xi Jinping.

From early on, plans had been set for Xi Jinping to make an official visit to Myanmar from January 17 to 18, and tour Yunnan Province from January 19 to 21. It would not be easy to cancel a visit to a foreign country unless there was a fairly serious reason. Nor would it be easy to change the route for the Yunnan tour, unless there was something fairly serious, given the need for police escorts, security of trains and so forth.

Even with this understanding, as I wrote in my January 24 column “Why did it take Xi Jinping so long to deal with the novel coronavirus?,” the Shanghai Public Health Clinical Center had clearly determined on January 5 that the pathogen was a “new strain of coronavirus” that had never been seen before. Considering these circumstances, Mr. Xi must have known that it was imperative that he put China on full alert against this public health threat.

However, we can only say that Mr. Xi mistakenly believed the appeasing message put out by the Wuhan authorities, when they said that “the problem was solved and the situation was under control.” Based on this belief, Mr. Xi did not take seriously the earnest warnings of the doctors and immunologists on the frontline, which I will describe in the following paragraphs.

As a result, Mr. Xi set out on his trip to Myanmar and Yunnan Province on January 17, when the situation had already entered a crisis stage, leaving Premier Li fully in charge of political affairs in Beijing.

However, Mr. Xi must have believed what he was told by the Wuhan government, which tried to appease Beijing based on the outrageous notion that “all is well, as long as Beijing is satisfied with us for the time being.” Mr. Xi did not take seriously the warnings issued by the experts at the Shanghai Public Health Clinical Center. That is why Mr. Xi departed China for his trip to Myanmar without recognizing that the public health situation was “fairly serious.”

This means that Mr. Xi made a crucial error of judgment on a national emergency.

Mr. Xi cannot fall back on the excuse that he had no other choice because he was preoccupied with foreign diplomacy. Notably, Mr. Xi spent a whole 3 days visiting nearby Yunnan Province to mark the Chinese Lunar New Year on his way back from Myanmar.

Please take a look at the media coverage of Mr. Xi in celebration mode from January 19 to 21 in Yunnan Province, as reported by Xinhuanet. His trip was also covered by Chinanews.com. There was also some video coverage in the Tibet News, as well as a photo of Mr. Xi touring various sites in a vehicle to celebrate the Chinese Lunar New Year.

All of this coverage shows Mr. Xi in a festive mood.

Should Mr. Xi really have been enjoying a Chinese Lunar New Year tour around the time that he issued “important instructions” on the new coronavirus on January 20?

But that’s not the whole story.

After his visit to Yunnan Province on January 21, Mr. Xi visited former president Jiang Zemin to offer New Year’s Greetings. This event was reported in the media in a strange way.

Xinhuanet has added some creative twists to its reporting.

It reports the following: “On the eve of the Chinese Lunar New Year, the leaders of the Communist Party and the State, including Xi Jinping as the General Secretary of the Communist Party of China, the President of the People’s Republic of China and the Chairman of the Central Military Commission, all greeted their elder comrades individually such as Jiang Zemin, Hu Jintao, and Zhu Rongji, or entrusted other parties to greet each of them on their behalf. They shared the festive spirit of the Chinese Lunar New Year with their elder comrades and expressed their wishes for their comrades’ health and longevity.”

In other words, the reporting is written so as to leave the following aspects vague and unclear:

In any case, even when “important instructions were issued under the authority of President Xi Jinping on January 20,” it is certain that China’s top leaders visited their elder comrades, such as Jiang Zemin, to offer New Year’s greetings all at once on January 21.

This was no time to be doing such a thing.

The information I have provided here may eventually be deleted, so I encourage those of you who are interested to download the information linked to this article, particularly the information that has been published by the Chinese side up to this point.

For your reference, scenes of Xi Jinping in Myanmar can be viewed here. This too may become subject to deletion.

How were the “important instructions” issued?

How, then, were the “important instructions” issued?

Li Keqiang was looking after Beijing in the absence of Xi Jinping. Mr. Li had been monitoring trends surrounding the outbreak of pneumonia with an unknown cause in Wuhan. To do so, he had been working closely with Sun Chunlan, Vice Premier of the State Council (responsible for public health and hygiene, as well as education, physical education and related fields), and partners such as the National Health Commission and the Chinese Center for Disease Control and Prevention.

A full timeline of these events would be too long to provide in this article, so I’ve identified only the main events and listed them in chronological order below. Some of these events overlap with those mentioned in my previous column, “Why did it take Xi Jinping so long to deal with the novel coronavirus?”

I believe that you now have a fuller picture of events.

Li Keqiang, who had looked after Beijing in Mr. Xi’s absence, immediately held a meeting of the Standing Committee of the State Council on January 20, the same day, and issued emergency measures. Who should be sitting next to Li Keqiang but Zhong Nanshan, with a stern expression on his face.

Although we assume that Li Keqiang was taking action with the consent of Xi Jinping, it was Li Keqiang who instructed Sun Chunlan to visit Wuhan on January 22.

Xi Jinping finally convened the Politburo Standing Committee in Beijing on January 25. At this time, Mr. Xi ordered the creation of the “novel coronavirus disease protection and control group” (Leadership Group) and named Li Keqiang as its leader. On the same day, Mr. Li held the first Leadership Group meeting. On January 27, Mr. Li entered Wuhan, emphasizing that he was entrusted by Xi Jinping to lead efforts to fight the disease in the city.

Interpretations of Mr. Li’s assignment to Wuhan have been mixed. Some power struggle theorists see this as part of a contest for power by Mr. Xi, who entrusted Mr. Li with a risky and dangerous job. Some media outlets tend to praise Mr. Xi for doing a good job. However, we must not lose sight of the facts of what is actually happening.

In these circumstances, there is no way that Mr. Xi would mention that the initial response was too late.

Mr. Xi is likely to forever conceal the truth of the initial response to the new coronavirus.

Xi Jinping has not appeared in public since he issued important instructions on the new coronavirus. This absence from the public spotlight is intended to dilute the appearance that he was on a trip to Myanmar and participating in Chinese Lunar New Year celebrations in Yunnan during this critical period. It is also intended to dilute the impression of the fact that he was not physically present in Beijing when he issued important instructions on January 20. His subsequent absence after January 20 is a diversionary tactic designed to convey the impression that “it was not unusual for Mr. Xi to be absent from Beijing on January 20.”

Considering all aspects of the situation, Xi Jinping is to blame for opening the doors to a pandemic. I would like to sound an alarm—Japan’s media is looking for the facts in all the wrong places.

Also, the Cabinet of Prime Minister Shinzo Abe seeks to invite President Xi Jinping as a state guest to Japan. I would like to call the Abe cabinet’s attention to this matter and let them know that “They must absolutely not allow this to happen. Look directly at the facts.”