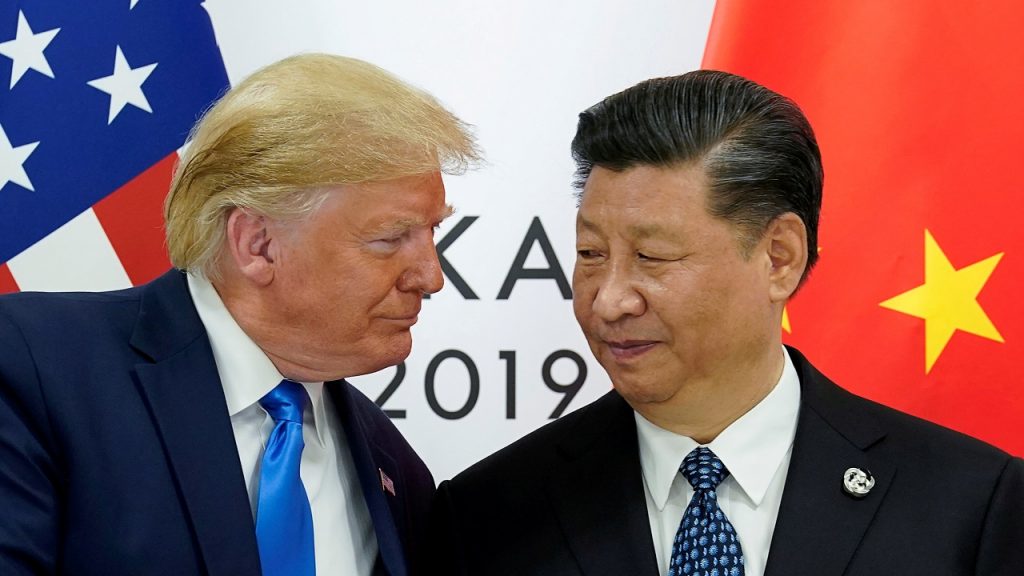 When China had to export 800 million shirts to buy a Boeing airplane, the U.S. felt that China’s trade with the U.S. was normal, beneficial, and equal. As the U.S. was in an expansion phase of the economic cycle at that time, the U.S. depended on the supply from third-world countries such as China for low-end consumption and was able to concentrate on high-end military and technological products. So, the United States wanted to maintain the balance of this trade system because it was well balanced, comfortable, and did not threaten the U.S. position as the world leader.

Today, however, the situation has changed. China has emerged as the world’s second largest economic power. At the same time, the United States is in a recessionary phase of the economic cycle, suffering from serious unemployment issues. That is why the U.S. believes some imports from China have hurt U.S. manufacturing jobs. As a result, the United States issued a strategy to bring the manufacturing industry back home in response to China’s Made in China 2025 initiative, and started a trade war against China. Indeed, the world trade system is always organic. The distribution of the high-end, the midrange, and the low-end in the world trade system is natural, essential, cyclical, and mutually supportive and, of course, involves relations of rotation and interconversion.

It is just like the organism of the human body. For the operation of the human body, high-end food enters the human body through its mouth, is converted in the midrange digestive system, and is excreted as low-end fertilizer. This low-end fertilizer undergoes the conversion in the midrange land, and then is ingested as high-end food again, converted, and discharged. This is a kind of cyclic process. This organic existence, including both the high-end technology and the midrange or low-end absorption and conversion, is an essential process in maintaining normal functions. Similarly, in the world trade system, high-end technology may lead the midrange and the low-end, and there are also supply, absorption, and conversion from the midrange or the low-end to the high-end.

In fact, from the perspective of economic philosophy, there is no distinction of rank or class between the high-end and the low-end. There only exists the division of labor and interdependence. In this regard, I would like to share with you three views on the current state of the U.S.-China trade war.

I would like to confirm that Liu He, the bargaining representative of the Chinese government, expressed their hardline stance as follows: The first thing he presented was the issue of tariff elimination. It was the United States that initiated the tariff war. The party who caused the problem should solve the problem. Therefore, in order to avoid a tariff war between the United States and China, it is necessary to abolish tariffs first. Abolishing all the newly added tariffs would end the trade war and solve other problems immediately. In addition, regarding the issue of purchasing each other’s products, Liu He said that the two countries should not easily change the quantity agreed at the talks in Argentina. Specific contents and balance of the talks may be discussed in detail, but both China and the United States should face each other rather than press each other.

Second, it should be pointed out that China’s hardline stance, its willingness to present conditions, and sticking to the minimum line in the 11th round of negotiations, are the evidence for having enough confidence. In the U.S.-China trade war, although China is generally at a disadvantage, it is actually not without strength.

This is supported by the fact that China has one of the largest markets in the world and can accept the application and conversion of high technology. The U.S. market is not as large as that of China, so some high technologies cannot be applied in the domestic market alone. For example, China can absorb advanced technologies from countries around the world and build the world’s largest high-speed railway system. Although the United States also possesses high-speed railway technology, the market size is insufficient and it is highly likely that the United States would run a deficit once it starts to construct a high-speed railway, so it is impossible to do so.

Furthermore, China has a complete industrial system and multi-stage skilled workers who can sow the seeds of a variety of high technologies and make them take root and bloom in China. With Apple’s technology and Chinese manufacturer Foxconn’s manufacturing capabilities, China can produce the world’s most advanced products. While the U.S. is trying to bring manufacturing back home, Apple’s profits are likely to plummet if it moves its mobile phone production lines to the U.S. The recent violent fluctuations in Apple’s stock price proved this. Different countries have different industrial development, production capacities, and natural resources. So, the United States, like the world’s ruler, should not blindly criticize other countries for depending on aid, infringing on intellectual property, or benefiting from the United States. If the government does so, it is bullying weaker countries. If a scholar does so emotionally from a biased point of view, it would be tendentious and lower the dignity of that person as a scholar in a great country.

From China’s past experience, when China is rich and praised, it becomes lazy and corrupt. On the other hand, when oppressed, controlled, and encircled, China increases resistance and creativity. In the first place, advanced nations around the world already possess advanced technologies and China is merely introducing, transplanting, absorbing, and using them. If the outside world encircles and blocks China, it will stimulate China’s creativity.

For example, the U.S. blockade of Huawei’s chips objectively boosted commercial use of the Harmony OS. I believe that if the United States forbids China from using GPS systems, China’s BeiDou Navigation Satellite System will soon be put to practical use.

In addition, it can be pointed out that the Chinese government’s centralized control of the economy and finance actually has a huge institutional advantage. Again, in the case of the high-speed railway, even if the United States had the technology and market size, it would be very difficult to build interstate railways. The federal government has only a weak ability to coordinate with states, and coordination is costly and time consuming. In contrast, China’s capabilities with centralized control and coordination are among the best in the world. Although widely criticized, I personally believe that such a centralized governmental control system can lead to China’s political independence and economic development in some respects.

In fact, no political systems are superior or inferior to others, and every system has its own advantages and disadvantages. As Hegel said, “What exists is reasonable (what is rational is real, and what is real is rational).” Because of differences in history, cultural tradition, and the stages of economic development among different countries, no other countries can develop according to the U.S. model or, of course, the Soviet model.

Personally, I think China’s experience in the last 30 years of economic development will be summarized in the form of a theory called the Chinese way, or the Chinese model in the future, and can lead many (not all) third-world nations around the world from division to unification, from colonies to independence, and from poverty to wealth. And, someone who can present this theory will likely win the Nobel Prize in Economics.

In addition to the above two points on the current state of the U.S-China trade war, the third point I would like to mention is that the governments of the two countries need to break away from the zero-sum game and build a win-win relationship. As the governments and academics of both countries know, the U.S.-China trade war will only result in a collapse.

Personally, in the long run, I think it is based on the Thucydides Trap, as I stated in my first article. In the short term, the trade war seems to have been triggered by the U.S. government’s too much desire for immediate political effect. Furthermore, it was caused by U.S. election politics and reasoning that appeared to be right but was actually wrong.

Trump promised to increase employment during the election campaign, but he believes that China’s exports are unilaterally depriving the United States of its jobs, and that restriction on export of Chinese products to the United States will allow the United States to produce those products at home, which means an increase in American jobs. If this reasoning is valid, the trade war would soon end.

This is a matter of speculation but, in my opinion, the U.S.-China trade war will be eased or end before Trump’s midterm election to please the American electorate. Of course, what I can say responsibly is that even after the trade war is over, the technological and financial wars will continue because of the Thucydides Trap.

At present, China does not have an advantage in bargaining with the United States, but it has three advantages over the United States; their market, complete industrial system, and their centralized control. Although there is an urgent need for adjustment and reform in parts of the Chinese economy, I believe that the Chinese government has the political power to properly handle events such as the Hong Kong crisis, the ability to adjust the irrational composition of domestic industries, and the ability to manage the economy to eliminate the risk of local and corporate debt. In short, the Chinese government has the ability to resist and control risk better than the United States does, and its ability to innovate is gradually increasing due to external pressure. As Vice Premier Liu He said, U.S.-China relations are extremely important, and their economic and trade relations are both the weight and the driving force for the stability of U.S.-China relations. This is relevant not only to the relationship between the two countries, but also to the peace and prosperity of the world. If the United States and China fight, they will fall together and end up with a fight without a winner.

Finally, I would like to suggest to the U.S. government that it stop changing its attitude so quickly, bullying the weak, and turning the whole world into enemies. I hope that it will stop treating Japan, which has been following the United States for a long time, like a slave. I hope it will not recklessly exclude or block Mexicans, who provide basic labor to the U.S. I hope it will not call the North Korean leader, who treats nuclear weapons lightly, brother. And, please don’t play the fool to Iran, which was bold enough to shoot down a U.S. drone. Otherwise, if these situations continue for a long time, the United States will lose its prestige as a major power and its position as the world leader.

(This paper was written on 28 August)