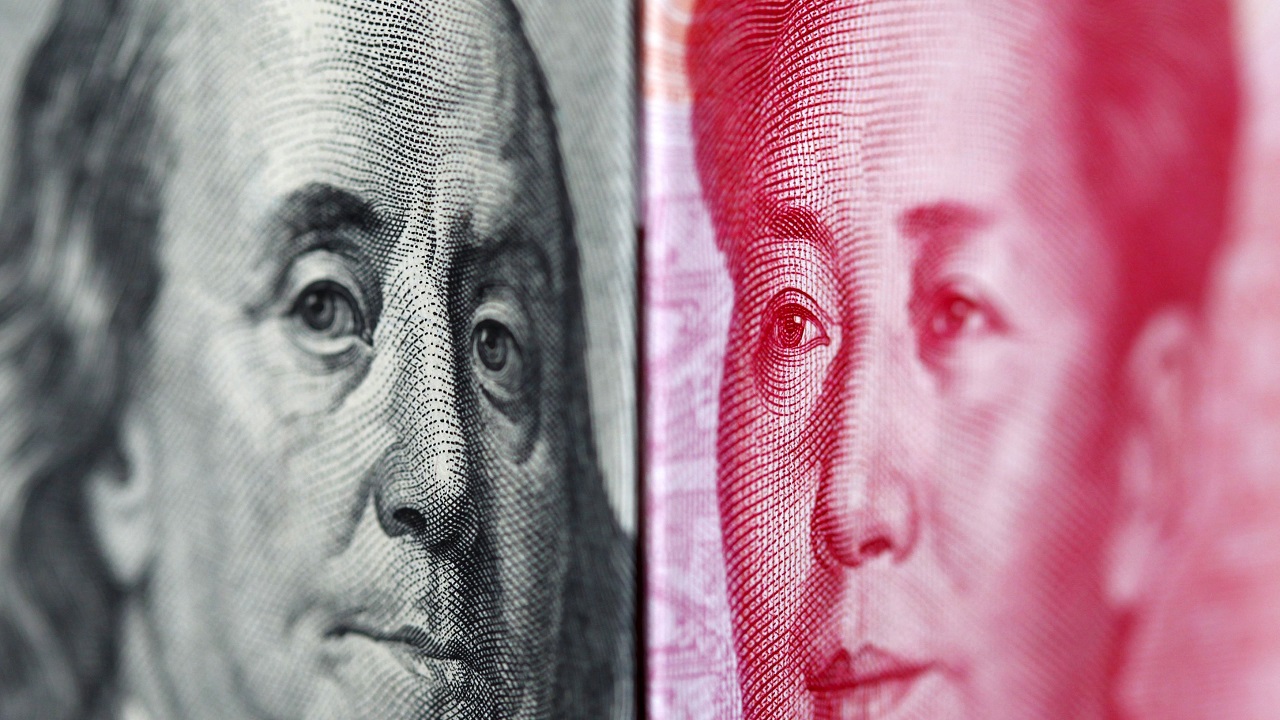 Professor and PhD supervisor in the School of Economics and Management, Beijing University of Posts and Telecommunications

According to the International Monetary Fund (IMF), the renminbi was included in foreign exchange reserves of more than 60 countries and regions worldwide as of Q2 2018, and accounted for 1.84% of global foreign exchange reserves, amounting to 193.38 billion dollars. International transactions in renminbi have gradually extended to direct investment projects and finally reached the point where they cover all current account balances. The renminbi is already the world’s fifth largest settlement currency, third largest trade and financing currency, and fifth largest foreign exchange currency.

Since 2009, China has already achieved tangible results in promoting the internationalization of the renminbi through various initiatives. What is noteworthy is that the pace of internationalization of the renminbi has actually accelerated since the outbreak of the US-China trade war, rather than slowing down. The following are examples of this development.

First, the amount and ratio of the renminbi in foreign trade settlements are rapidly increasing and have the potential to expand further.

Second, the number of countries that have concluded bilateral currency swap agreements and the amount of those agreements continue to increase.

Third, the growth of the CIPS (Cross-border Interbank Payment System) has further developed and improved the international settlement system for the renminbi.

The international settlement system is the most important infrastructure for currency internationalization. From the launch of the CIPS system to the outbreak of the US-China trade war in 2018, the CIPS system had 31 direct and 677 indirect participant banks covering 87 countries and regions. In addition, CIPS entered the clearing of international transaction funds for securities, and the Shanghai Clearing House (SHCH) and China Central Depository & Clearing Co., Ltd. (CCDC) have already joined CIPS directly. While the correspondent bank model and the clearing bank model have continued to play their roles based on market demand after CIPS (Phase I) operations began, the current ongoing trade friction between the United States and China is expected to encourage CIPS to quickly consolidate international settlements in renminbi, and become the most important infrastructure for international trade in renminbi, further promoting its future internationalization.

Fourth, the US-China trade war has further enhanced the status of the renminbi as a constituent currency of the SDR (Special Drawing Rights).

In October 2016, the renminbi officially joined the SDR basket with 10.92% of the currency weight, which is larger than 8.09% for the pound sterling and 8.33% for the yen. It was the first new currency to be accepted into the SDR basket since the euro replaced the French franc and the German mark in 1999. Two criteria must be met for inclusion in the SDR basket. First, there is a criterion in terms of export amounts, and currencies constituting the basket must be issued by the world’s largest exporters to ensure that constituent currencies play a central role in the global economy. Second, the constituent currencies must be freely usable currencies, or currencies recognized by IMF as being widely used for payments in international transactions. The inclusion of the renminbi in the SDR basket reflects the Chinese economy’s growing influence on the global economy, is a global endorsement of China’s monetary and financial system reforms, and is an important milestone for the Chinese economy to taking its place within the global economic system. Although the total value of China’s exports and imports has declined since the US-China trade war, the renminbi can maintain its weight in the SDR.

Fifth, the US-China trade war has accelerated the construction and development of the RMB-denominated crude oil futures market.

On March 26, 2018, Chinese crude oil futures were listed on the Shanghai International Energy Exchange, a subsidiary of the Shanghai Futures Exchange, and by the end of the year both its trading volume and position had surpassed those of the crude oil futures market in Dubai, making it the world’s third largest crude oil futures market. Developing an RMB-denominated crude oil price mechanism would improve China’s ability to address the risk of fluctuations in crude oil prices in the international market, break the “Asian premium” phenomenon in which some oil-exporting countries in the Middle East set different formula prices for oil-importing countries in Asia, increase China’s influence in the Asian region, and promote the internationalization of the renminbi.

China’s economic development is ongoing and stable, and the international influence of the renminbi looks set to continue to expand against a backdrop of economic and political turmoil in the United States. Recognizing the rise of the renminbi and enhancing its international status is an inevitable choice that benefits countries around the world. Here’s why.

First, moves to exclude the U.S. dollar, and decrease U.S. dollar settlements and the amount of U.S. Treasury holdings have contributed to the rise of the renminbi.

The international monetary system, which has been dominated by the U.S. dollar for a long time, was the cause of various problems in countries around the world, such as the divergence between the monetary economy and real economic activities, the “dollar trap,” global excessive liquidity, and financial sanctions imposed by the United States. With the rise of the renminbi, however, the process of displacing the U.S. dollar has begun. Trump’s “America First” policies and protectionism in trade and investment have undermined the dollar’s stability as an international reserve currency and damaged its international reputation. Since its weaponization for U.S. financial sanctions, countries around the world have been dominated by the dollar. As a result, the process of displacing it has expanded. In October 2018, the Central Bank of the Russian Federation announced that it would soon allow foreign banks to access the financial messaging system of the Bank of Russia(SPFS).

This is intended to replace the conventional SWIFT financial transfer system. India and Iran concluded a crude oil trade agreement in October 2018 and announced that they would use the Indian rupee for settlements of crude oil import trade. In December 2018, the European Commission presented “ways to further strengthen the euro’s global role” and announced that the settlement system using the euro as the clearing currency, to be named SPV, would soon be operational. In addition, countries such as Russia, Turkey, and Iran announced that they would stop using the dollar for trade settlements. In recent years, many countries have restructured their reserve assets, mainly to increase their gold reserves and reduce their holdings of U.S. Treasuries.

Between March and May 2018, Russia sold more than 80 billion dollars’ worth of U.S. Treasuries, reducing its holdings by 84%, according to data released by the U.S. Department of the Treasury. Since 2015, the Japanese government has also been reducing its holdings of U.S. Treasuries, accelerating the decline by more than 10% in 2018. In fact, major holders of U.S. Treasuries, such as China and India, have also been reducing their holdings and this trend is accelerating. While reducing holdings of U.S. Treasuries, many countries are increasing their gold holdings to balance their reserve assets. According to IMF statistics, the dollar accounted for 62.25% of global foreign exchange reserves as of October 2018, down 0.47% from the same period in 2017. Against this backdrop, the dollar’s share in the foreign exchange reserves of Iran and Russia, whose relations with the United States are deteriorating, is almost nil. On the other hand, the World Gold Council, the international investigation organization for gold, said in a report that gold reserves held by central banks around the world in 2018 rose by as much as 651.5 tons, up 74% year on year, and annual demand reached the highest level since 1971.

Second, the rise of the renminbi will help stabilize global foreign exchange reserves and prevent the risk of liquidity shortages for companies around the world.

As the world economy develops, each country’s foreign exchange reserves are rapidly increasing, and those foreign exchange reserves consist mainly of the dollar. Uncertainty in liquidity and investment of the huge amount of foreign exchange reserves of the dollar causes market turmoil and economic imbalances, but the introduction of the renminbi to the currency composition of foreign reserves can mitigate the risk posed by the excessively large share held by the dollar. In particular, the renminbi, which is stable and growing in the context of the US-China trade war, is an excellent option for central banks in investment and maintenance of their asset values and can increase the liquidity of funds. As a result, international trade finance will become more stable and the risk of liquidity starvation, as happened in the case of the bankruptcy of Lehman Brothers in 2008, will be significantly reduced.

Third, the development of the Chinese economy can be utilized to drive each country’s economic development and create an ideal “global currency” through the efforts of other countries around the world.

Since the collapse of Lehman Brothers in 2008, the economic growth rate of developed countries in Europe and the United States has remained sluggish, making it difficult to facilitate global economic growth. In contrast, China’s annual economic growth rate has consistently exceeded 6%, and China proposed the idea of cooperation under the Asian Infrastructure Investment Bank and the “Belt and Road Initiative.” China promises to develop together with the “Belt and Road Initiative” countries. Internationalization of the renminbi can be divided into the following three stages in terms of the areas in which it can be used: peripheral, regional, and global.

The short-term goal is to create the “Greater China renminbi” by internally integrating the Hong Kong dollar and the New Taiwan dollar. The medium-term goal is to build the “Asian yuan” system in cooperation with the Japanese yen, Republic of Korea’s won, and other Asian currencies to establish a “three-legged” system consisting of the U.S. dollar, the euro, and the Asian yuan under the global currency system. The ultimate goal is to establish an ideal, digital, decentralized or non-sovereign global currency based on each country’s overall economic strength and trade value.

The renminbi values in this article were converted into Japanese yen and added to the text by the translator.