言語別アーカイブ
基本操作
No change at all, as Xi Jinping lists on the Politburo Standing Committee
陳建甫／Chien-Fu Chen 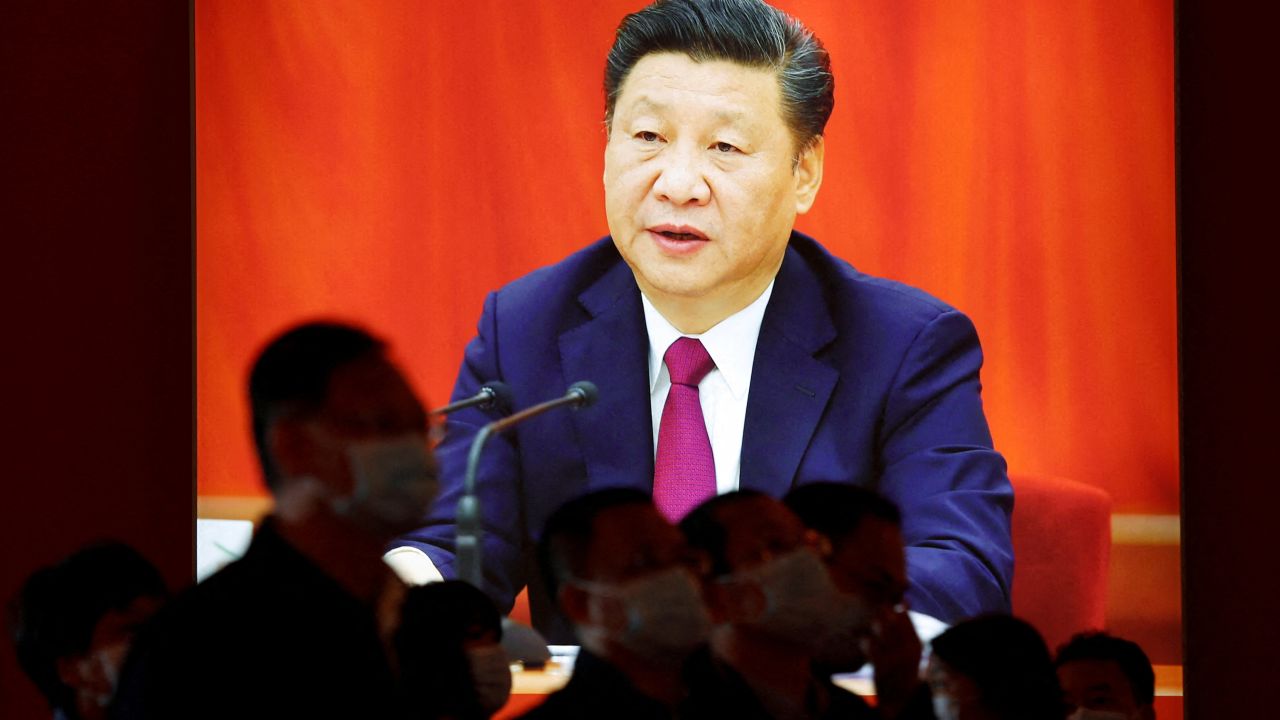 The whole world is concerned that China is about to hold the 20th National People’s Congress on the 16th October 2022, and discuss who can be a member in the Standing Committee of the Political Bureau of the Central Committee of the Communist Party of China. Many studies have pointed out that China’s new generation of leaders can be roughly divided into unwritten rule of age limits, Xi’s mindset and power relations, and then deduced and predicted various scenarios.

Age limits of “seven up anChen Minerd eight down”

The first assumption is that according to the previous practice of “seven up and eight down”, those who have reached the age of 68 must leave the Political Bureau of the Central Committee, and those under the age of 67 can join the Politburo, become a member of the Standing Committee, or continue to serve as an unwritten rule. Obviously, Li Zhanshu (栗戰書72 years old) and Han Zheng (韓正 68 years old) will retire. At the same time, a half of the 25 members of the Politburo will be leaving office. As for who is most likely to be a member of the Standing Committee? Hu Chunhua (胡春華59 years old), Vice Premier of the State Council; Ding Xuexiang (丁薛祥60 years old), Director of the General Office of the CPC Central Committee; Chen Miner (陳敏爾62 years old), Secretary of the Chongqing Municipal Party Committee; and Li Qiang (李強63 years old), Secretary of Shanghai Municipal Party Committee, are the most likely to enter the standing committee list.

If Xi Jinping chooses younger leaders, including: Hu Chunhua, Ding Xuexiang, Chen Miner, it is very likely that those will be interpreted by the outside world as the next successor. Some scholars indicated that this may undermine Xi’s authority, or even detrimental to the operation of the party. More importantly, these young standing committee members will also become targets of other factions. However, with the characteristics of Xi Jinping’s leadership, in order to maintain stability, these are not enough to shake Xi Jinping’s decision.

Is it a catastrophe? age limits of “six up and seven down”

The second hypothesis is that Xi Jinping will change the unwritten rule of age limits from “seven up and eight down” to “six up and seven down”. In this way, all 67-year-old standing committee members, including Li Keqiang(李克強), Wang Yang(汪洋), and Wang Huning(王滬寧), will retire. Not only Hu Chunhua, Li Qiang, Ding Xuexiang, Chen Miner, and Li Xi (李希), Secretary of the Guangdong Provincial Party Committee will also enter the standing committee of Political Bureau of the Central Committee, CPC. The plot to govern China by sharing power with this group of young leaders is the last thing Xi Jinping wants.

Professor Victor Shih, the University of California, San Diego, pointed out that in this case, collective leadership is restored. And among this cross-generational group of leaders, Xi Jinping is likely to no longer occupy a dominant role in high-level political leaders. There are Hu Chunhua, Vice Premier, a leader of the faction of Communist Youth League of China(團派), Li Xi leading the independent faction and a close confidant of Xi Jinping also hold seats on the Politburo. However, it is also possible to have the opposite outcome, relying more on Xi Jinping, since most of the new generation of leaders are newcomers.

The third hypothesis is based on the analysis of Xi Jinping’s mindset and the power relations with Xi. The plot that Xi Jinping is most eager to happen is to select a slightly older candidate, preferably will be over 68 years old after the 20th National People Congress. In this way, there will be no problem of age limits in the next term, and it will not be misinterpreted by the outside. The most important thing is to facilitate the layout of Xi Jinping’s 4th term. The most likely candidates include: Cai Qi (蔡奇67 years old), Huang Kunming (黃坤明66 years old), Li Xi (李希66 years old), Li Hongzhong (李鴻忠66 years old), Chen Quanguo (陳全國67 years old). Such a measure could completely block young leaders from entering the Politburo Standing Committee, but it could lead to a backlash within China.

We also observe that Xi Jinping is a leader who does not share power and resources. The conditions for entering the list of members of the Standing Committee of the Political Bureau of the Central Committee must consider whether it is Xi Jinping’s direct lineage, the so-called “New Army of the River”(之江新軍). If it is decided according to the power relationship with Xi, it is most likely that Cai Qi(蔡奇), Huang Kunming(黃坤明) and Li Qiang(李強) will qualify. However, Li Qiang made more noises due to the ineffectiveness of Shanghai’s lockdown and epidemic prevention. Shanghai’s ongoing measures to control the epidemic, is it Li Qiang’s statement to Xi Jinping? Or are there other factions that want to take the opportunity to tout Li Qiang first and then attack him? Currently, Cai Qi and Huang Kunming are the most likely to take over Li Zhanshu and Han Zheng.

Our research teammates pointed out that the 20th National People’s Congress of the Communist Party of China will still uphold Xi Jinping as the core and in the end of maintaining stability. One position does not move, two positions are exchanged, and three downs and three ups are the principles. Although there have been rumors of corruption before, Zhao Leji (趙樂際) should be able to stabilize the Central Disciplinary Committee and the Organization Department. Wang Yang (汪洋) is the prime minister of the State Council. In addition to having Guangdong experience, he is senior enough to call provincial officials to save the economy. Li Keqiang (李克強) can stay in office as chairman of the Chinese People’s Political Consultative Conference, which can also stabilize the league faction. Hu Chunhua (胡春華) took over the Vice Premier of the State Council and first practiced beside Wang Yang. As for Li Zhanshu (栗戰書) and Han Zheng (韓正), they retired due to age. Wang Huning (王滬寧) has served as the leader of three generations. Even if he is under 68 years old, it is very likely to be replaced by a newcomer.

Whose name will be shown on the Politburo Standing Committee list?

In the list of the Politburo of the Central Committee, those members of the Standing Committee will retire, and those who can enter the list of Standing Committee members are not the main of our observation. Most importantly, will the new-generation leaders still rely on Xi Jinping. Their relations become stronger or weaker? Does the new-generation leaders have autonomous power, or can maintain a certain balance. Based on all the evidence so far, as Xi Jinping lists on the Politburo Standing Committee, there shouldn’t be much change in China’s top political leaders!

Final attention is that the backgrounds and responsible the professional works of these newly joined leaders in the list of the Political Bureau of the Central Committee. Especially those under the age of 60, who are very likely to become the next generation leaders of the CCP.