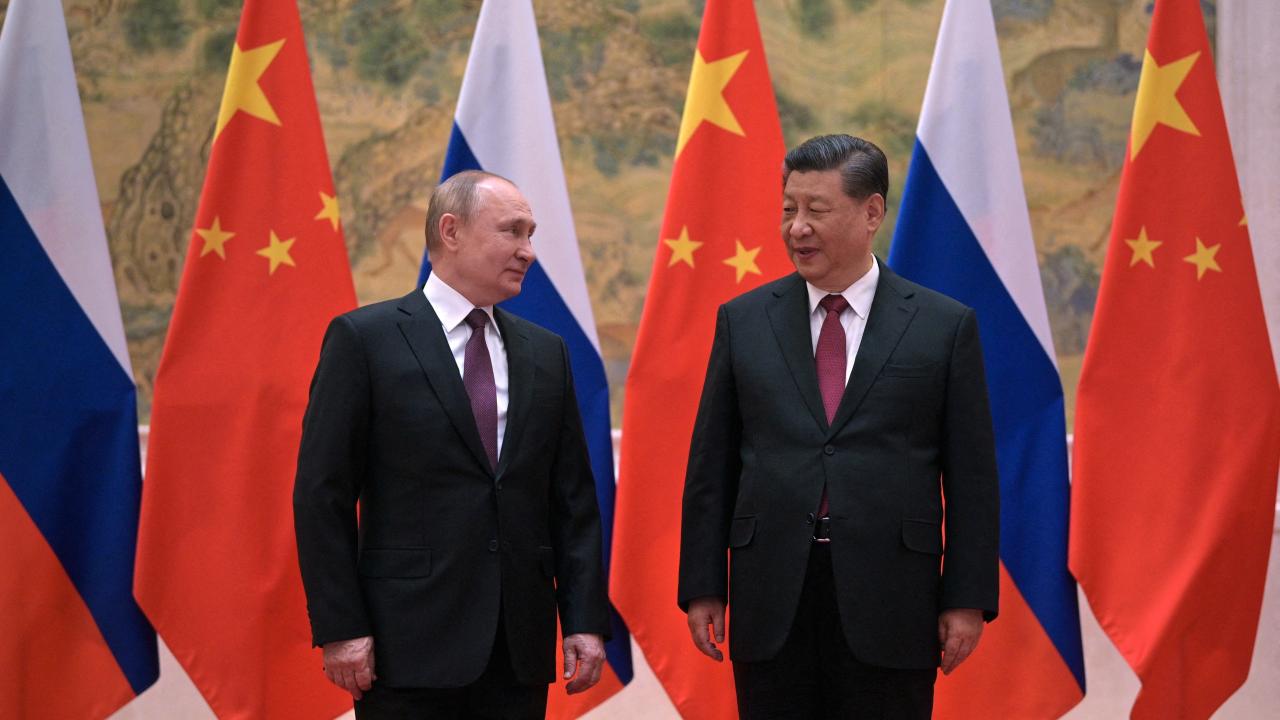 The Winter Olympic Games in Beijing is an important event not only for China’s reputation as a rare country that can effectively fight the pandemic, but also a demonstration of the success of Chinese diplomacy. Despite the diplomatic boycott announced by the United States and several U.S. allies, more than 30 heads of state visited China. The main guest was Russian President Vladimir Putin as Chinese President Xi Jinping met with him in the first place.

On February 4, the heads of Russia and China signed 16 documents, the main of which was the Joint Statement “on the International Relations Entering a New Era and the Global Sustainable Development”. There isn’t much new in this document when compared to similar previous announcements. Mostly, many drew attention to the paragraph concerning NATO and AUKUS, but no less important is the paragraph in which the parties declare cooperation in “common adjacent regions”.

This is most likely a hint towards Central Asia, which in recent years has attracted the attention of the world community with unexpected crises and unpredictable phases in chronic problems. Moscow and Beijing are talking publicly about cooperation in the region for the first time in history, shattering the persistent myth of the raging competition for influence in Central Asia.

Not an object in geopolitics

Central Asia is a region with five countries sandwiched between Russia and China. Although in the 21st century the geographical disadvantage is remediable with the help of technological advances in transport and infrastructure, it still places certain limits on countries’ foreign policies. Other circumstances also limit Central Asian states’ freedom of maneuver, such as the historically huge influence of Russia or the growing global ambitions of China.

This situation forces the countries of Central Asia to make every possible effort to diversify their ties with the outside world. No one wants to be too dependent on any external force, either economically and politically or in any other fundamental aspect.

Following this logic, it becomes obvious that no country in Central Asia wants to see competition let alone confrontation of big powers on its territory. On the contrary, it is in the interests of the countries of the region to see external actors cooperate, but not compete.

Given that over the 30 years of existence as Central Asian sovereign states made these countries much more independent, it is completely wrong to objectivize these countries. The countries determine to what extent to develop relations with this or that external power themselves. In other words, it is an oversimplification to explain the developments in the region by the theory of external pressure only.

And several examples of Central Asian resistance towards external pressure prove this opinion. Later in this article, there will be several examples proving this idea, but here is one case: if one compares the official focus of the countries in Central Asia and Russia/China to the Afghan crisis, the difference will be visible. For example, while Tajikistan refuses to contact the Taliban, Uzbekistan as well as Russia and China are actively engaged with the movement that grabbed the power in Kabul. However, this doesn’t mean that Moscow and Beijing are on the same page with Tashkent: while the only thing that Russia and China want is the Afghan crisis to stay inside of its borders, Uzbekistan wants to include Afghanistan into Central Asia politically and economically that might help to solve the Afghan problem in the longer term.

Many countries are actively present in Central Asia, but the influence of no single power can be compared with the level and depth of presence in the region of Russia and China. Although in recent decades a lot of attention has been paid to the dynamic growth of Chinese influence in the region, it is too early to write Russia’s might off.

In this regard, the actions of these two powers during the political crisis in Kazakhstan in early January 2022 say a lot about the state of play in the region. While Russia played a key role in stabilizing the situation in Kazakhstan, China had almost no weight in resolving the crisis. If we take a look at the chronology of the events in Kazakhstan, we’ll see the drastic difference between Moscow and Beijing’s involvement. On January 2 mass protests began in Mangystau Region, the western part of Kazakhstan, by January 4 protests spread to almost the entire country and on the streets of the largest city of Almaty peaceful protests quickly turned into riots involving armed criminal groups that seized buildings of government agencies as well as important infrastructure facilities such as an airport. Already on that day, President of Kazakhstan Kassym-Jomart Tokayev contacted Russian President Vladimir Putin by phone.

At the same time, the PRC Ministry of Foreign Affairs issued the following statement: “… what is happening in Kazakhstan is its domestic affairs. We believe that the Kazakh authorities can properly resolve the issue. We hope the situation could stabilize as soon as possible and normal social order could be restored.” It is significant that the Kazakhstani leadership argued the opposite, that this is not an internal problem, but a crisis “initiated from outside” and has already turned to the Collective Security Treaty Organization (CSTO) for help.

After that, the Chinese side radically changed its position, declaring: “the Kazakh authorities are taking forceful measures to crack down on violent terrorist acts and uphold social stability. China supports all efforts that will help the Kazakh authorities to restore calm as soon as possible and firmly opposes the acts by external forces to deliberately create social instability and instigate violence in Kazakhstan.”

Such a dramatic change in narrative proves how overestimated China’s ability to influence events in the region is. In reality, Beijing does not have sufficient tools to even understand the objective causes of events in the region and therefore does not have the influence that might correspond to the level of its presence there. The reasons for the development of tools lagging behind the presence itself lie in the a) question of trust that Beijing does not yet enjoy at a sufficient level in the countries of Central Asia, and b) have a lot to do with the political regimes of the countries in the region.

None of the countries of Central Asia can be called a democratic country where decisions (especially in foreign policy) could have been made by taking into account the opinion of the majority of representatives of society. All key decisions are made by these countries’ leaderships which is a narrow circle of people who among other things are guided by their personal and/or corporate interests. Understanding this feature makes it easier to interpret the connection between the interpersonal relations of the leaders and the intergovernmental relationship overall.

There are practically no connections between the political elites of the Central Asian countries and the political elites of China. The elites do not send their children to study to China (as they prefer Russian or Western well-known universities), they also do not try to build a business in China or buy real estate there, as well as do not communicate much or let alone make friends with the elites in China. In contrast, the political elites of the countries of Central Asia and their Russian colleagues come from the same country and have much in common: common memories of life in the unified USSR, similar education, the same ideological upbringing, but most importantly, a common language and cultural code.

Such a set of elements bringing together the elites of the countries allows Moscow not only to understand intra-regional processes but also to actively intervene in what is happening in Central Asia. As long as these countries are led by mostly USSR people, Moscow’s influence will continue to remain at the same level.

In addition to the crises within Central Asia, the region is also attracting the attention of the world community with the unpredictable situation in Afghanistan, especially since the U.S. withdrew its troops from there in August 2021 and the Taliban movement is known for its radical views on governance came to power in Kabul.

The withdrawal of the United States from the region is a very symbolic event. America has never actually had real interests in the region: the region is located too far from the American borders, and therefore is not of interest either for its resources, or even politically does not demonstrate belonging to Western-style democracies. At the very beginning of the 1990s, when the Central Asian regimes were young, they had a sense of the importance of the United States in making decisions in the region, however, this is lost now. It has now become clear that Washington does not intend to get involved in internal processes in the region to its detriment and to balance the presence of Russia and China there. Since 2001 Central Asia was important to Washington because of its proximity to Afghanistan, but this interest came to an end last year.

This makes Central Asia a region almost completely dominated by Moscow and Beijing. Coming to this conclusion, many make the hasty assumption that since Russia and China are the most represented in the region, this will undoubtedly lead to conflict between them. However, this is not the case in the short term.

When trying to find the potential for power competition in Central Asia, many lose the cooperation between these countries from their sight. But now cooperation prevails over potential rivalry, and the meetings of the leaders of Russia and China over the past year confirm this: they discussed cooperation in the region during calls on August 25, December 15, and during the meeting on February 4, 2022, even introduced a phrase about their readiness to cooperate in Central Asia in a joint statement.

In the future, we will observe what forms this cooperation will take and in what areas Moscow and Beijing will be ready to move closer on the regional issue. How the countries of Central Asia will react to this is another question. Will this change in bilateral Russo-Chinese relations be perceived as an attempt by the great powers to divide Central Asia among themselves into spheres of influence, without taking into account the opinions of the countries of the region themselves? It is also important how other actors interested in growing their influence in the region (for example, Turkey, India, or the countries of the Middle East, etc.) will behave in this case.

All this suggests that in the next decade, Central Asia will continue to attract the attention of the international community and bring, although not the most monumental changes in global international relations, it will undoubtedly influence the regional geopolitical alignment. 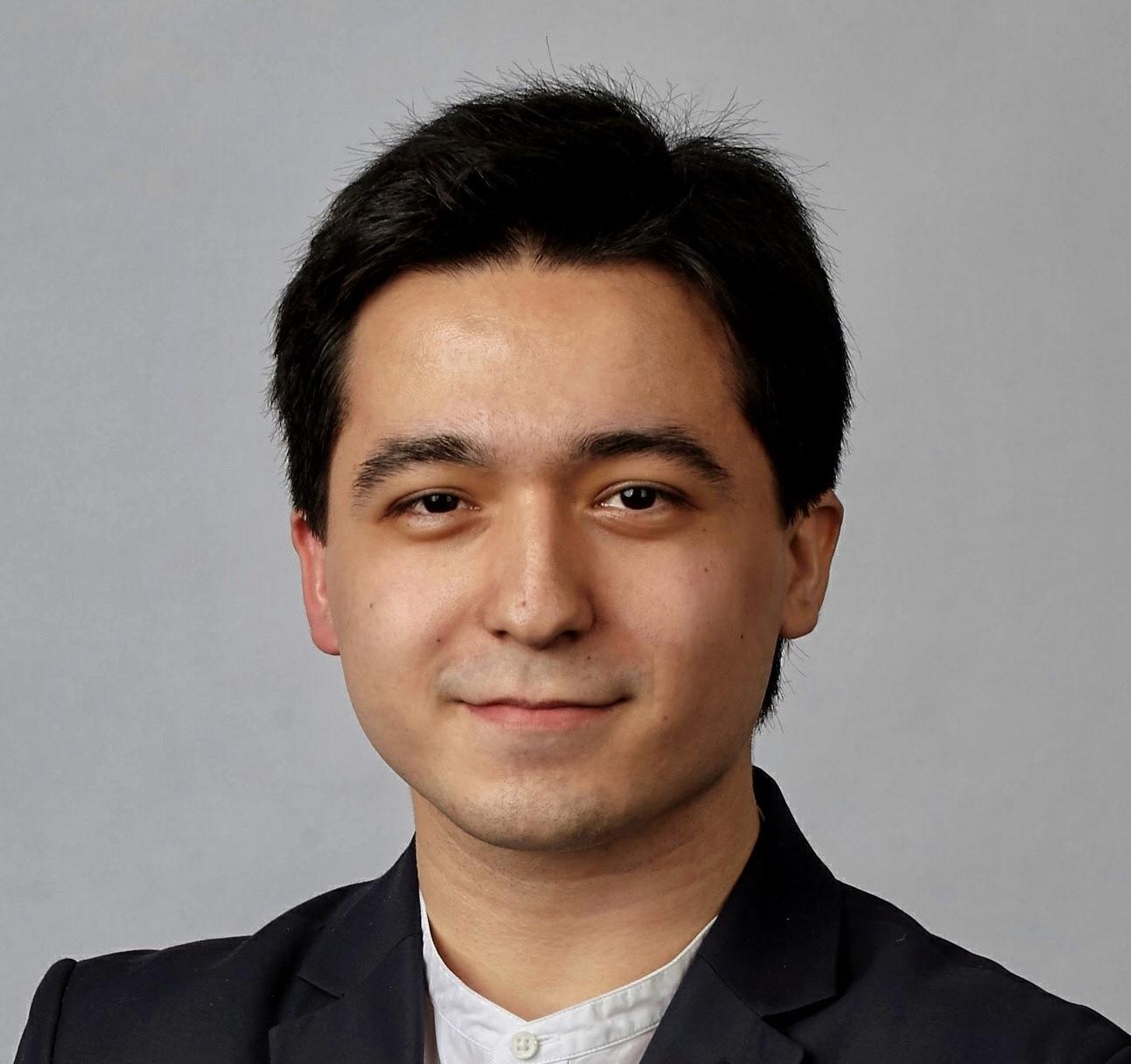 テムール・ウマロフ／Temur Umarov
テムール・ウマロフ。ウズベキスタン出身。中国と中央アジア問題研究の専門家。カーネギー・モスクワセンターのコンサルタントを務めている。 カーネギー清華青年大使プログラムおよびカーネギー中央アジア未来プログラムの卒業生。国家経済行政ロシア大統領府アカデミー（RANEPA）で中国研究の学士号を、モスクワ国際関係大学（MGIMO、ロシア外務省付属の公立大学）で国際関係の修士号を、北京対外経済貿易大学（UIBE）で世界経済学の修士号を取得。 Temur Umarov. A native of Uzbekistan, he is an expert on China and Central Asia, and a consultant at Carnegie Moscow Center. He is an alumnus of the Carnegie-Tsinghua Young Ambassadors and the Carnegie Central Asian Futures programs. Temur holds a BA in China Studies from the Russian Presidential Academy of National Economy and Public Administration (RANEPA), an MA in International Relations from Moscow State Institute of International Relations (MGIMO), and an MA in World Economics from Beijing University of International Business and Economics (UIBE).
トップに戻る