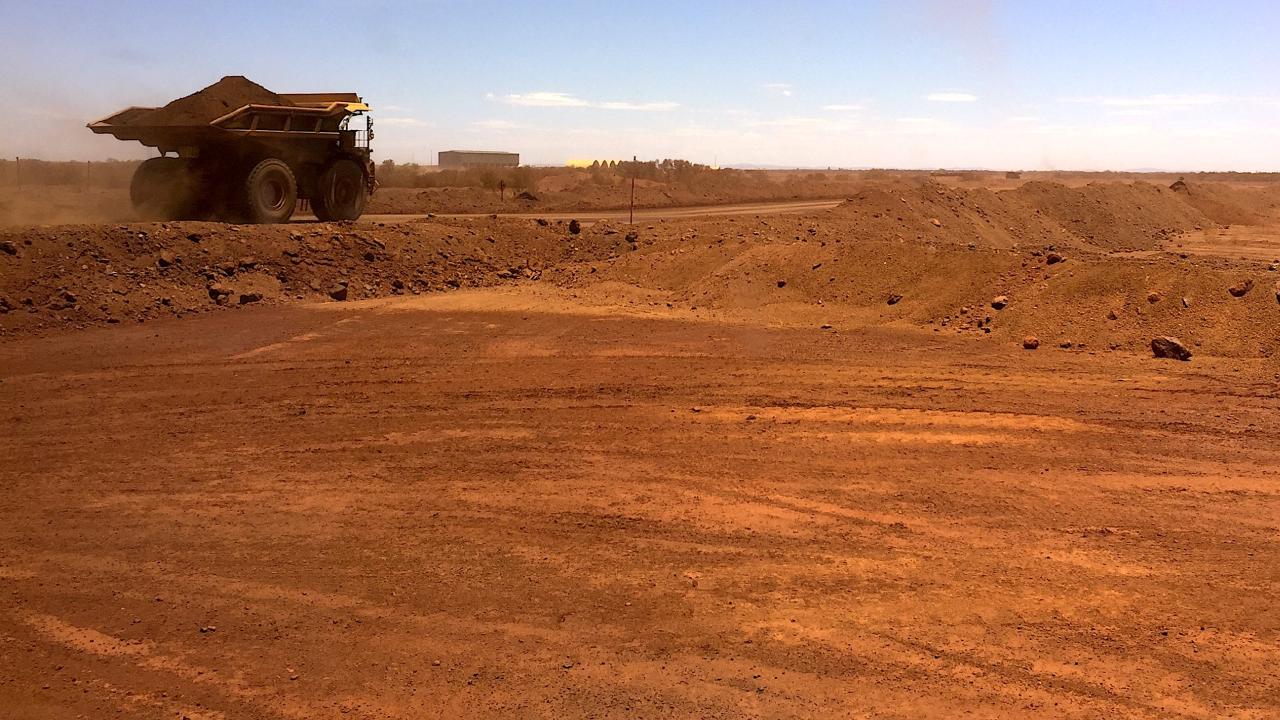 An autonomous vehicle drives along a road as it collects iron ore at Australia's Fortescue Metals Group (FMG) mine in the Pilbara region, located south-east of the coastal town of Port Hedland in Western Australia, November 29, 2018. Picture taken November 29, 2018. REUTERS/Melanie Burton (Australia)

At the end of 2020, iron ore and coal prices drastically soared in the global market. These two raw-material-level primary products are closely related to our lives, and steelmaking requires large quantities of ore and coal. Moreover, steel materials are used in a wide range of fields such as real estate, large-scale infrastructure construction, automobiles, home appliances, and so forth. Coal is also widely used in many fields such as power generation and heating. There has been a relative oversupply of these two commodities in recent years in terms of resource reserves and production capacity. So why did they both rise sharply in the second half of 2020? The following is a summary of some views of the media and scholars in China, and my thoughts from the following two perspectives.

Recent highs in iron ore and coal prices are the result of political and economic trade competition between Australia and China, which has been spurred on by the U.S.–China great power rivalry. China is a major consumer of iron ore and coal. Furthermore, a large proportion of the iron ore and coal that China imports comes from Australia, and the proportion of iron ore in particular is high. China is the largest country in the world in terms of the scale of infrastructure construction, but its own iron ore is not only costly and inferior in quality, but also for the most part insufficient in quantity. China needs to import 1.1 billion tonnes of iron ore each year, of which about 700 million tonnes come from Australia, accounting for approximately 67%. Besides this, 19% comes from Brazil, 3% from South Africa, 2% each from Peru and Malaysia, and about 7% from other countries. Such gross import volume and structure have prompted China to be dependent on Australia for iron ore.

I have said this before. “If we get along well, both sides will benefit; but if we get into a fight, both sides will get hurt.” Any trade war will end up with a mutual collapse and never result in a win-win situation. That is only to compete to see which wound is shallower. China is a large country with abundant coal resources, and the damage could be somewhat lessened if it started production and increased its transportation capacity. Thus, competition between Australia and China is always more damaging to Australia. Someone has estimated that if trade between Australia and China were halted, China’s GDP would fall by 0.5 percentage points, whereas Australia would lose more than 6 percentage points. After all, Australia is more dependent on China, not the other way around. As it is difficult to be a true winner in a trade war, Australia should see this point clearly if it looks at things from a long-term perspective. China is not a country that likes to fight. As it’s been traditionally said, “If you don’t pick a fight, China won’t be the first to attack.” If there is a certain level of review on Australia’s policy toward China, relations between Australia and China should gradually return to normal. But for now, the price of iron ore and coal will remain high for some time.

According to data recently released by Bloomberg, the total money supply of the world’s 12 largest economies, including the United States, China, the eurozone, and Japan, had already reached $94.8 trillion in 2020. The world’s eight largest economies alone saw a $14 trillion increase in new currencies in 2020, exceeding not only the data for every year since 2003, but also the 2017 level of $8.38 trillion to a great extent. This is unprecedented data, and the printing of such a huge amount of money caused asset prices around the world to skyrocket time and again. The balance sheets of the world’s major central banks expanded rapidly, and the balance sheets of the Fed, the ECB, the Bank of Japan, and the BoE accounted for around 50% of GDP of each country. The size of these central banks’ debt, which was only 10% in 2008 during the subprime loan crisis and only 36% in 2019, has already increased several fold in just 10 years. This will inevitably lead to asset price bubbles, massive inflation or a global debt crisis at any time. The expansion of the central banks’ balance sheets was essentially caused by quantitative easing. Quantitative easing is in fact a liability, which will be mostly turned into national government debt. In the past 10 years, the government debt of these countries has rapidly expanded, and it surpassed $28 trillion in the U.S. government debt alone. During his four years of tenure, President Trump repeatedly pressured the Fed to implement negative interest rates, and this businessman president thought that if he only issued Treasury bonds at negative rates, the U.S. government would be able to pay back less and furthermore earn money in this way. Trump also thought the United States should do the same as Europe that had already implemented negative interest rates, or else the U.S. would be outdone by Europe. Prices of the sectors into which these currencies have flowed will massively soar. As a result of the influx into the bulk commodity sector, the sector’s prices skyrocketed around the world. Iron ore prices repeatedly rose, copper prices repeatedly went up, and nonferrous metal prices repeatedly rose. This is therefore the root cause of hyperinflation and the high asset price bubble.

History has proven the following. That is, if the dollar index exceeds 90 in general, global liquidity becomes tight and an explosion crisis often occurs. On the other hand, if the dollar index falls below 90, it will indicate a flood of global liquidity, and inflation will inevitably occur, leading to asset bubbles. At present, the dollar index is already below 90, so the sharp rise in bulk commodity prices is only the beginning. There is a likelihood it will lead to an economic crisis that is even more severe than the one in 2008 as the worst case scenario. “Better safe than sorry,” as the saying goes. It is advisable for entrepreneurs and investors to be prepared so they don’t have to worry about the future.