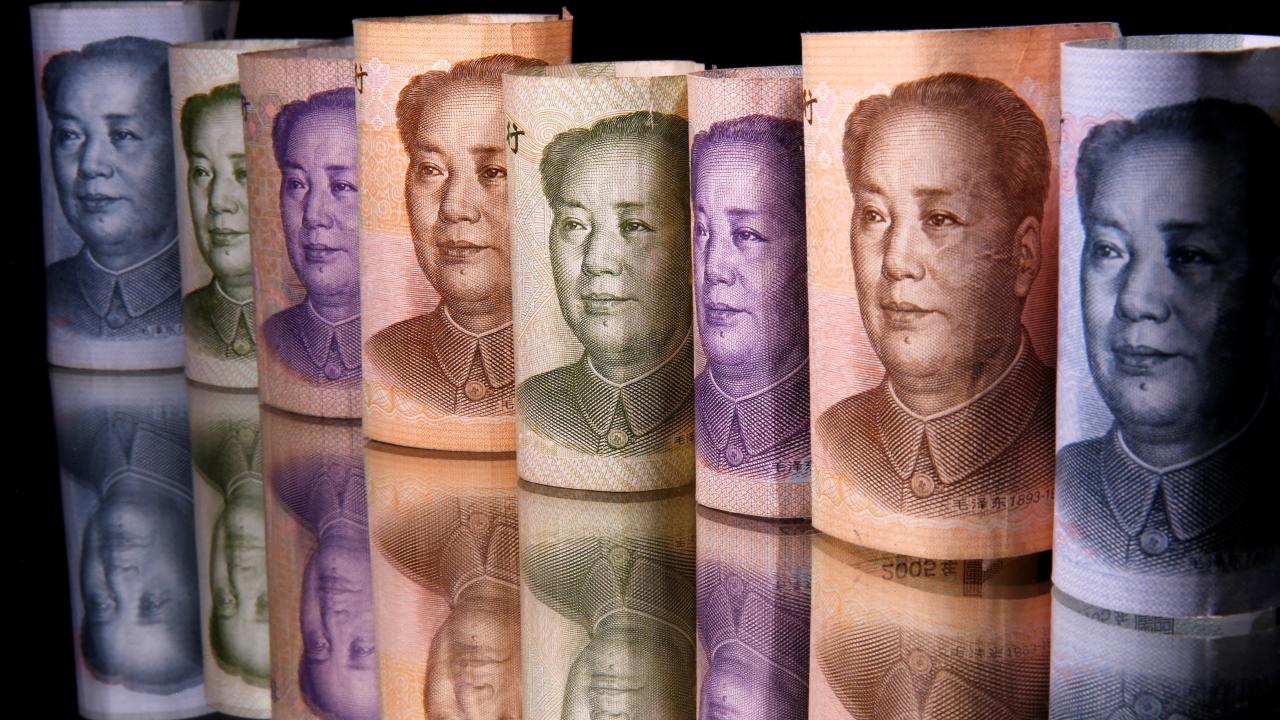 On April 16, 2020, the long-planned digital renminbi of China’s central bank has finally seen unprecedented realization and development. This is the world’s first digital currency based on a sovereign country. Suzhou was selected as the first test area. The four major state-owned banks — Industrial and Commercial Bank, Agricultural Bank, Bank of China, and Construction Bank — will pay a portion of the salaries of government employees in digital currency. They have already installed digital wallets for the central bank digital currency (DC/EP, Digital Currency/Electronic Payment), and finished testing them successfully. 50% of the commuting allowance in the salary for May is planned to be paid to digital wallets in the format of the digital renminbi. In the next 2 to 3 years, 30% to 50% of M0 (cash) circulating in China will be replaced with the digital currency of the central bank, which is expected to spread nationwide.

It is well known that the U.S. dollar is the hegemon of the current global monetary system. In recent years, the U.S. dollar’s share in the foreign exchange reserves held by central banks around the world is decreasing, but it still holds a 62% share. Historically, the yen and the euro, which had challenged the hegemony of the dollar, were beaten into the ground by the dollar. The former Soviet Union began privatization after the end of the Cold War, and the dollar/ruble rate dropped from 1 dollar = 0.9 rubles in 1991 to 1 dollar = 28,000 rubles in 2000, and the annual inflation rate in Russia reached 2,000% in 1992. Venezuela, which was at odds with the United States for oil, saw its inflation rate exceed 80,000% in 2018, prices double every month, and its currency, the Sovereign Bolivar, fell by 96%. The world has long suffered from the hegemony of the dollar.

The renminbi only accounts for 2% of foreign exchange reserves held by central banks of countries around the world. A small pupa named renminbi will become a butterfly through digitalization. If countries around the world now introduce their own digital currencies and launch their weak wings, it will cause a butterfly effect that will inevitably have a hurricane-like impact on the global monetary system.

Countries around the world are actively studying blockchain technology to prepare for the upcoming digital currency war. In September 2017, the SoftBank Group in Japan and an American telecom carrier established the Carrier Blockchain Study Group (CBSG). Also in September 2017, Swisscom in Switzerland established Swisscom Blockchain AG, a subsidiary focused on blockchain technology services. In May 2019, Bharti Airtel in India partnered with IBM to build a blockchain-based Indian network. In September 2019, Verizon in the United States acquired a patent to create virtual SIM cards on a blockchain. In October 2019, the B2B blockchain provider Clear conducted an experiment on blockchain-based data roaming in partnership with Deutsche Telekom, Vodafone, and Telefónica. In January 2020, Telefónica in Spain began offering blockchain connection services to about 8,000 companies in Spain in partnership with the Association of Science and Technology Parks of Spain (APTE). In February 2020, Deutsche Telekom tested the application of blockchain technology on inter-carrier communication protocols in partnership with T-Mobile US, Telefónica, Orange S.A., and the GSM Association. KT in South Korea developed a cloud-based BAAS platform. The closest to the digital renminbi is Facebook, which filed an application for the settlement system license for Libra with the Swiss Financial Market Supervisory Authority (FINMA) on April 16, 2020, almost as soon as China issued its legal digital currency. Indeed, many countries and companies are exploring and promoting evolution of the blockchain technology ecosystem and building a platform on which blockchains are to be based in order to participate in the digital currency war.

The Society for Worldwide Interbank Financial Telecommunication (SWIFT) is a settlement system that provides secure communication services and protocols between financial institutions. It already has more than 8,000 financial institutions from 206 countries and regions as members, and supports real-time settlement systems in more than 80 countries and regions. All international settlements are being processed through SWIFT. The Bank of China joined SWIFT in 1983. The SWIFT settlement system is an important tool in maintaining the hegemony of the dollar, and is the core of currency circulation and international financial settlements throughout the world. However, blockchain technology underlying the digital renminbi, which is characterized by decentralization (a distributed system), has the potential to bypass this settlement system and break away from the U.S.-centric financial system. Inspired by the digital renminbi, other countries’ currencies will be digitized one after another.

On the other hand, it will be possible to create a new route for digital currency and realize the rapid globalization of the renminbi. China can take advantage of its international political and economic influence to work with international organizations and other countries’ central banks in order to conduct transactions at a uniform price based on the digital renminbi and other countries’ legal digital currencies. In addition to the three domestic centers of the digital renminbi, China could also establish another overseas settlement center to provide offshore renminbi settlement and services, actively playing an important role in the international reserve currencies and settlement currencies to help revitalize the international economy.

At this point, of course, while the dollar is the main reserve currency for the international monetary system, the unrestricted quantitative easing introduced by the Federal Reserve after the financial crisis, especially after the recent outbreak of the novel coronavirus, has led to the excess of liquidity around the world, resulting in damage not only to the interests of countries but also to the credibility of the dollar. From an objective perspective, this is promoting the issuance of digital currencies by other sovereign states and encouraging sovereign states other than the United States to unite against the hegemony of the dollar. As the proverb “Rome was not built in a day” says, the current digital renminbi is still a tiny force, but if weak legal currencies of many countries come together and adapt to the trend of de-dollarization, it could even bring about significant transformation in world currency.

The issuance of the digital renminbi is the beginning of the globalization of the renminbi and the significant transformation of world currency, and only the beginning of a long journey. “The stout tree originated from a tiny rootlet. A tower of nine stories is raised by heaping up bricks of clay” (Laozi, “Dao De Jing,” ch. 64). Since the digital renminbi has already set out on the journey, it will only be a matter of time before it reaches the goal of globalization. The global financial ecosystem in the 21st century will switch the existing quantitative change into qualitative one. None can stop this momentum.

The figure above shows shares of major currencies in international settlements. Currently, the U.S. dollar accounts for 40% of international settlements, and the euro 30%. These two currencies jointly account for 70%. In contrast, the renminbi only accounts for less than 2% of settlements. While this shows the strong position of the dollar and the euro, the position of the renminbi is extremely disproportionate to China’s position as the world’s second largest economy, indicating that the globalization of the renminbi still has a long way to go. As shown in the figure above, the alliance of international settlement currencies other than the dollar and the euro would create a triangle global monetary system. Currently the dollar and the euro have the most power and solid position. I believe that the specific path China will take to promote the globalization of the digital renminbi will start with ASEAN and Africa, expand to all the Belt and Road countries, and eventually unite with the euro, gradually shaking the hegemony of the dollar. At the moment, of course, there are many difficulties and the possibility is still low, but it is not impossible. China’s spirit of effort is to make 100% effort if there is a 1% chance. This is the very spirit of “The road ahead is long and with no ending; yet I will seek with my will unbending” (Qu Yuan, “Li Sao”).

III. Analysis of the impact from the pandemic of the novel coronavirus pneumonia

The pandemic of the novel coronavirus pneumonia has made China strongly aware of the necessity to introduce a digital currency and reinforced the desire to realize it as soon as possible. Ironically, however, because everyone was not able to work, a slight delay was forced upon the planned realization.

The People’s Bank of China’s digital currency wallet test comes with four common functions: Bar code payments, transfers, settlements, and contactless payments. Theoretically, digital wallets are based on NFC (Near field communication). In other words, if two people have a DC/EP digital wallet installed on their cellular phones, they do not need to be connected to a network. When these two phones touch each other, the digital currency can be transferred from one digital wallet to the other. On the other hand, Alipay and WeChat Pay are based on the Internet and bank cards, so you cannot do a transaction without an internet connection or permission from a bank. In this regard, digital wallets for digital currency, which do not require third-party intervention, win favor. However, compared to Alipay and WeChat Pay, which people are already familiar with, digital wallets are new, and it will take time for them to become popular. In addition, due to the current proliferation of the novel coronavirus, cities had to be locked down, roads blocked, and all small and medium-sized businesses, especially in the service industry, suspended. Therefore, the testing period was postponed and the scope of testing reduced. In contrast, the use of Alipay and WeChat Pay, which compete with digital wallets, has increased significantly over the period of proliferation, hindering the implementation of digital currency.

Next, the fact that China first experienced and overcame the outbreak of the novel coronavirus has provided resources and countermeasure knowhows to other Belt and Road countries, creating opportunities and conditions that favor the globalization of the digital renminbi.

This novel coronavirus epidemic can turn into a new path and opportunity for the globalization of the digital renminbi. The globalization of the renminbi has so far taken the approach of expanding the offshore renminbi market by developing capital markets and opening up renminbi capital projects, and boosting the scale of offshore renminbi circulation with the help of the Silk Road Fund and AIIB. The Bank of China, for example, already has branches in 57 countries and regions overseas. Its cross-border settlements in the renminbi have also greatly expanded from very few border trade settlements in the early days to the full scale today. From current account balance to capital projects, from trade and investment to financial transactions, from corporate banking to individual banking, and from simpler to more complex operations, the bank has developed and significantly contributed to the globalization of the renminbi.