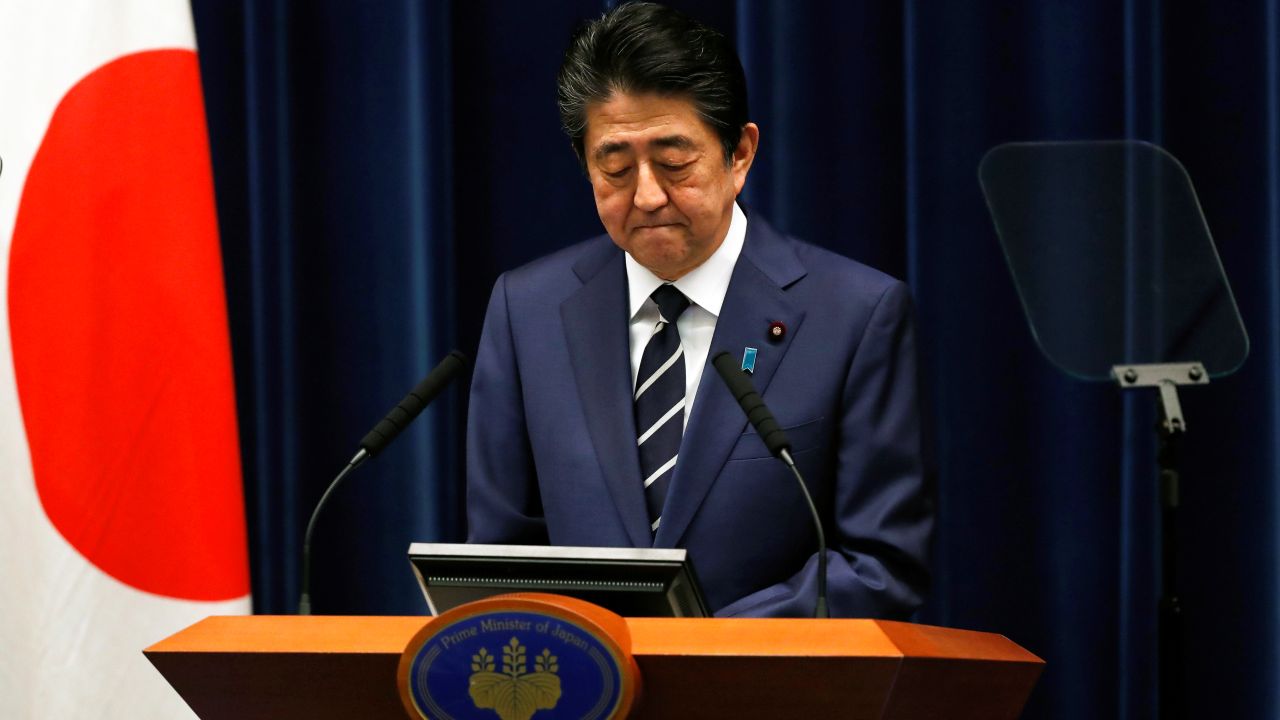 Responsibility for the global epidemic lies with Xi Jinping, and the root cause is the appeasement and suppression of free speech fostered by single-party rule. Prime Minister Abe’s appeasement of Xi Jinping triggered a failure in Japan’s initial response to the coronavirus, causing a severely   risking the lives and health of Japanese people.

◆ The real culprit in the coronavirus crisis is Xi Jinping

I was shocked by a comment made by a Japanese journalist to the effect that “it is totally wrong to regard Xi Jinping as the enemy. Rather, he is a comrade-in-arms in our battle against the coronavirus.”

As I have written repeatedly in my past columns, I believe that Xi Jinping is the true culprit in the coronavirus disaster, a man-made disaster.

The initial cause of the epidemic was suppression of the onset of the illness by the government of Wuhan, the capital of Hubei province. The Shanghai Public Health Clinical Center announced on January 5 that a test result identified “a novel type of coronavirus.” However, the Wuhan government officials only agreed that there was a patient with pneumonia for unknown reasons but insisted the case was already resolved out of concern of how it will be perceived by Beijing. On December 30, 2019, Dr. Li Wenliang of Wuhan warned online, “This pneumonia is like the corona pneumonia SARS (Severe Acute Respiratory Syndrome) in 2003. It can spread person-to-person.” However, on January 1, Wuhan Public Security charged Dr. Li with spreading a false rumor to disorganize society. Dr. Li Wenliang himself contracted the new coronavirus pneumonia and died on February 7.

The Wuhan government’s recklessness with the lives of citizens, and watching out only for Beijing, is the result of single-party rule. The arrest of Dr. Li Wenliang was justified by suppression of free speech, which is essential for the maintenance  single-party rule.

Instead of listening to the alerts from doctors and medical facilities, Xi Jinping believed reports by the Wuhan government that sounded favorable to him, visited Myanmar from January 17, and toured Yunnan province from January 19 to 21 to attend the Chinese Lunar New Year festivals.

However, on January 18, a patient in the Zhejiang province developed the same pneumonia, triggering the National Health Commission, one of the central administrative ministries, to dispatch a National High-Level Expert Group led by Dr. Zhong Nanshan, to Wuhan for an on-site inspection. Dr. Zhong is the supreme authority of Chinese immunology who contributed greatly during the SARS outbreak. Dr. Zhong Nanshan immediately realized its risk being greater than SARS and reported it such to Premier of the State Council Li Keqiang in Beijing, who informed Xi Jinping in Yunnan. On January 20, “important instructions” were issued under the name of Xi Jinping.

From that moment, China entered a state of panic, and initiated a lockdown of Wuhan on January 23, but it was too late. More than five million Wuhan residents had already fled the city and were spread out throughout China.

On January 30, the WHO finally declared a state of emergency with “no restrictions on travel and trade,” effectively weakening the declaration . The Director-General of the WHO, Tedros Adhanom Ghebreyesus, is from Ethiopia, which receives its largest investment from China.

In response to the WHO declaration, a number of countries, including the United States, Russia, North Korea, Taiwan and the Philippines, imposed “uniform restrictions on travel from China,” while Japan’s restrictions on travel covered only visitors from Hubei province, still allowing those from other regions of China. On February 12, Japan finally added Zhejiang province to the restricted area, which was ineffective. As a result, the virus spread across Japan to the point of being regarded as “a country of concern” by the WHO.

I understand the government has also taken into consideration the Tokyo Olympic and Paralympic Games, and inbound demand from Chinese visitors. However, even Macau, China’s special administrative region under the control of Beijing, has imposed both entry and travel restrictions against Mainland China from February 5, as I wrote in my column dated March 1 titled “Questioning the Abe Government’s “Ability to Lead the Country” – Indecisiveness on Imposing Full Entry Restrictions on Chinese Citizens“. Macau, whose economy totally relies on tourist spending on casinos, determined that a full restriction on the entry of visitors from Mainland China may stem the spread of the coronavirus more effectively, and ultimately have a smaller impact on its economy. So far, the number of infected persons has been limited to 10. As of March 7, no new infection had been detected for 32 days.

Even Macau imposed restrictions against mainland China, but the Abe administration could not.

The Standing Committee of the National People’s Congress of the Chinese government (Beijing), which controls Macau, approved of Macau taking this action. This means that Prime Minister Abe could have made a similar decision with no problem.

I suspect the Abe administration was so unfocused that it could not rationally think of how to protect the Japanese economy.

For instance, the Environment Minister Shinjiro Koizumi, the Justice Minister Masako Mori, and the Minister of Education, Culture, Sports, Science and Technology Koichi Hagiuda were absent from a meeting of the Novel Coronavirus Response Headquarters (composed of all Cabinet members) held at the office of the Prime Minister on February 16.

Minister Koizumi attended a New Year’s party held by his local supporters’ assembly, while Minister Hagiuda attended a party to congratulate a local fire brigade for conferment of a decoration. It turned out that Minister Mori was also absent in order to attend a calligraphy exhibition in Fukushima to give his greeting.

In response, on February 19, Chief Cabinet Secretary Yoshihide Suga said at a press conference, “Absence due to necessary official duties or business should be allowed.” This is the reality of the Abe administration, which has emphasized its “unified efforts” to address the new coronavirus crisis.

In addition, when Jack Ma (a co-founder of Alibaba Group) announced a donation of masks on March 3, Minister Mori posted a comment on her tweet, “Jack Ma, a friend of mine, has kindly offered a help to Japan. He has announced his intention to donate one million masks to Japan, with a heartful message. His message is available in the article. We exchanged opinions in Tokyo in December 2019. I hope to express my gratitude when I meet him next time. Thank you, Jack.”

This fact should not be overlooked.

The Minister of Justice, a person with jurisdiction over the Immigration Bureau, which should provide border control to protect the lives of Japanese people, attended a calligraphy exhibition instead of a meeting of the Novel Coronavirus Response Headquarters and, what’s more, posted the above tweet to curry favor with China.

Is the Minister proud of having been acquainted with Jack Ma?

Isn’t it unbelievable that the Minister of Justice commented on the tweet “Thank you, Jack, while being responsible for protecting Japan with border control?

The tweet tells us that the Abe administration is trying to meet Xi’s wishes to “attract less attention and minimize the responsibility” of China as the source of the outbreak that has spread globally. This kind of flattery toward the Communist Party of China or to Xi Jinping must be common in the Abe administration. If that’s the case, the Minister’s tweet makes sense.

The tweet proves that not only is the Abe administration’s management poor, but also its appeasement politics towards Xi Jinping takes higher priority than lives, safety, and normal daily lives of Japanese people. The Prime Minister, who appointed the Justice Minister, never admonished her.

Only from this point of view, I strongly believe that the Abe administration is responsible for the current coronavirus spread in Japan.

◆ Are the Heads of Japan and China in the same club?

After Dr. Li Wenliang died on February 7, Xi Jinping has excessively emphasized that coronavirus measures have been taken “entirely under my leadership,” in an attempt to cover up his initial blunder.

CCTV, the state broadcaster under the control of the Communist Party of China, says repeatedly, “Under the leadership of the great President Xi Jinping, all the Chinese people are fighting against the disease.” President Xi is loudly touting “his leadership” to redeem himself against the initial mistake.

Wang Zhonglin, the newly appointed secretary of Wuhan City, and other officials said on March 6, “All Wuhan citizens, we must follow the education that reminds you of your debt to General Secretary Xi Jinping, thank the Communist Party, follow the Party’s orders, act with the Party, and exert all our strength.”

Since many netizens posted critical comments, the original information was deleted soon after. However, outside Mainland China, Chinese-language information is still accessible from this site, for example.

Similarly, Prime Minister Abe has recently issued a series of instant instructions to tout “his leadership”. Both leaders, from my point of view, are in the same club.

On the same day, the Chinese government announced that exports in January and February were down 17.2% year on year. I’m worried Japan will become a second Wuhan.

◆ Not only real economy, but also finance sector

Kazunari Shirai, one of Director of Global Research Institute on Chinese Issues, is an investor and knows a lot about finance. On March 3, he contributed a column article titled The Link between COVID-19 and the Economy. In it he writes as follows:

“Countries will likely provide emergency loans to companies affected. These companies will maintain cash flow through debt, not profits. This will only be a stopgap. Companies will see higher debt ratios as their sales fall, resulting in a build-up of negative energy that may spark a full-blown financial crisis. (excerpt) As the real economy shrinks, higher leverage ratios may ultimately trigger a liquidity crisis like the crisis linked to the collapse of Lehman Brothers.”

He also warned me that it is highly likely that the current economic situation has started following a scenario that causes a liquidity crisis (asset vaporization and crash of financial institutions).

“At this point, there is not much left for central banks to do to turn things around. National governments are expected to implement prompt, large-scale fiscal measures, but with an exception of a few, I wonder if they are able to make such wise decisions. Making preventive and dynamic political decisions requires strong leadership. The responsibility for the global economic slowdown caused by the new coronavirus outbreak lies in part with governments of several countries, including Japan, that took wrong initial responses. As the virus has spread around the world, public attention shifts from the prevention of the spread of disease to economic measures. I strongly hope that the Abe administration will exercise leadership to prevent a liquidity crisis from occurring.”

I think his statement is very suggestive.

In order to avoid a second failure, I hope this will be heard by the Abe administration and all Diet members.