言語別アーカイブ
基本操作
Cooperation between the Taliban and the U.S. Military on Counterterrorism? Terrorist Attack at Kabul Airport and Dilemma of Xi Jinping
遠藤 誉／Homare Endo 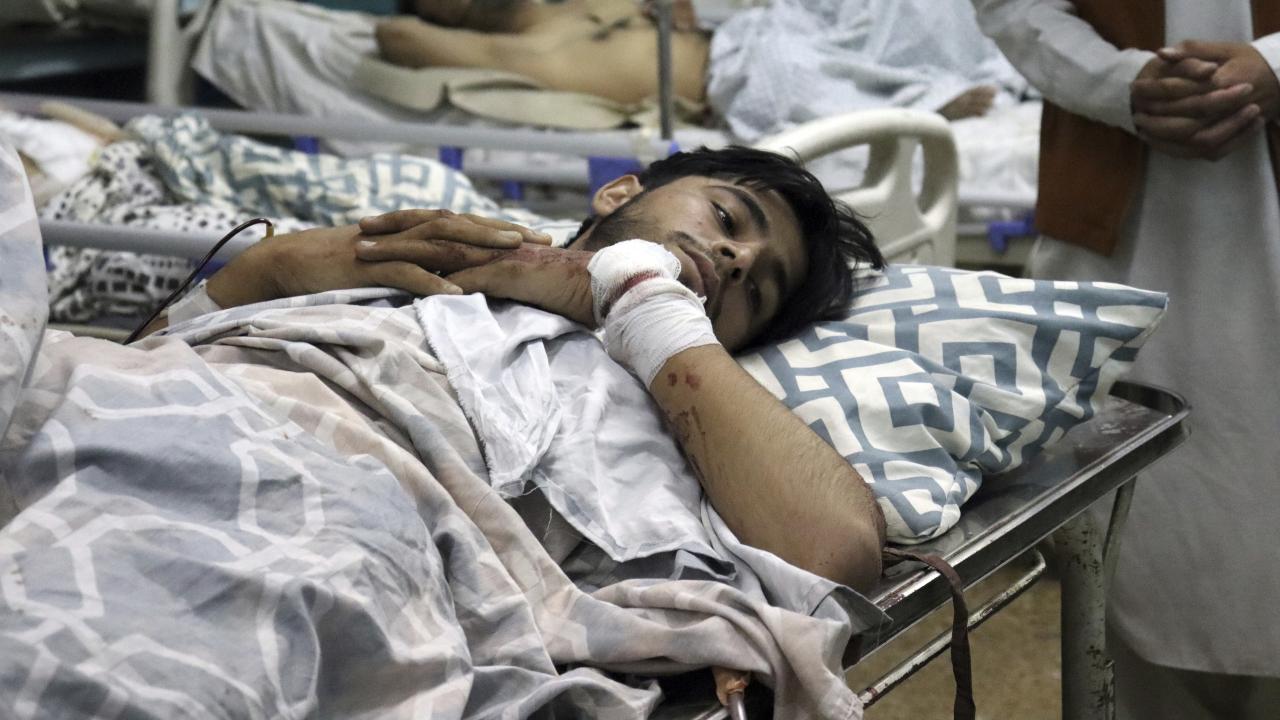 Afghans lie on beds at a hospital after they were wounded in the deadly attacks outside the airport in Kabul, Afghanistan, Thursday, Aug. 26, 2021. Two suicide bombers and gunmen attacked crowds of Afghans flocking to Kabul's airport Thursday, transforming a scene of desperation into one of horror in the waning days of an airlift for those fleeing the Taliban takeover. (AP Photo/Khwaja Tawfiq Sediqi)

China required the eradication of terrorism as an absolute exchange condition for supporting the Taliban. 28 Taliban soldiers were killed in the recent terrorist attack, and the Taliban is trying to defeat the terrorist organization in cooperation with the United States. Is this a blow to Xi Jinping?

It should be noted that the victims include as many as 28 Taliban soldiers.

ISIS-K, an ISIS affiliate, claimed responsibility for the suicide bombing, saying they targeted “translators and collaborators for the U.S. military.”

Reuters reports that ISIS-K was initially limited to areas along the Pakistani border but established a second front in northern Pakistan. According to the Combating Terrorism Center in West Point, New York, ISIS-K includes Pakistani and Uzbek extremists from other extremist groups in addition to Afghans.

They are the Taliban’s enemies.

They are opposed to the Taliban reaching the peace agreement with the United States.

The Taliban Works with the United States to Defeat Extremist ISIS

General Frank McKenzie, the commander of the U.S. Central Command, said that the Unites States was on alert for more attacks by ISIS, including possible rocket or vehicle bombs targeting the airport, and some information was shared with the Taliban, and he added that several terrorist attacks had been prevented by the Taliban.

This means that the Taliban is fighting terrorist groups.

Most surprisingly, General McKenzie said that

He meant that the U.S. military was working with the Taliban to prevent terrorist activities.

The news at noon on August 27 aired by CCTV, China Central Television under the control of the Communist Party of China, had a special program on the Kabul airport terrorism incident. In this program, Chui Hongjian, Senior Research Fellow at the China Institute for International Studies, explained it was impossible to eliminate the possibility that U.S. forces and the Taliban cooperated with each other to fight terrorism.

If this is the case, an unprecedented situation will come about that the United States join forces with the Taliban for counterterrorism for the first time ever.

If the Taliban and the United States should join forces, it will be followed by an unbelievable situation.

In my article dated August 15 <The Taliban Reverses the U.S.-China Power Relationship>, I pointed out that if China successfully establishes an order that eliminates terrorism from Afghanistan and achieves economic growth in Afghanistan, which the United States failed to do, there would lie an “appalling reality” that the world would value China more highly than the United States on the grounds that China has the ability to govern the international community.

Does this mean that Xi Jinping will lose face?

Even if embarrassed this way, China cannot intervene militarily in Afghanistan for a reason.

That is because China has the Xinjiang Uyghur Autonomous Region, where many Muslims live.

In order to prevent Uyghurs from flowing into the terrorist extremist group the Eastern Turkistan Islamic Movement, Xi Jinping is strengthening ideological education by placing about 1 million Uyghurs in detention facilities allegedly “for education.” In other words, he is carrying out ideological suppression.

Even if China was targeted by Islamic extremists’ attacks only for this reason, it would not be surprising. That is why terrorist attacks occurred frequently in China until 2014. Attacks have not happened since 2016 due to thorough surveillance and repression.

If China intervened militarily in Afghanistan, which is a foreign country, for the sake of its war against terrorism, China would certainly be attacked as a target of ISIS.

Xi Jinping’s biggest national goal is to ensure maintaining the one-party rule by the Communist Party of China.

If targeted by ISIS, there is a risk that a second 9.11 attack could occur in China and the one-party rule would collapse. Therefore, Xi Jinping will never intervene militarily. What Xi Jinping is going to do is recognize the Taliban’s Afghanistan as a state and have it join the Belt and Road Initiative for economic exchange if he makes sure that the Taliban will never allow terrorist activities in the Afghan area.

This story is so “dangerous” that I wonder if it is safe to say such a thing on CCTV, which is under the control of the Communist Party of China.

Given that the U.S. military will withdraw from Afghanistan, however, Xi Jinping would be expecting that there will be no chance of U.S. troops remaining in Afghanistan if the terrorist organization is successfully eradicated.

On the other hand, since President Biden promised that U.S. troops would withdraw by August 31, it would be a normal reaction to consider that the U.S. troops cannot work with the Taliban to eradicate the terrorist organization. The Taliban, however, may agree to leave troops specific to the eradication of terrorist organizations. There is also a means of remote control. Presumably, they will consider some method.

If you do not believe there is such a thing as a dream, you might find it a little more credible by reading “CIA head holds secret meeting with Taliban’s top political leader as chaotic Kabul evacuation continues.”

If the Taliban should truly succeed in eradicating the terrorist organization through cooperation with the United States, China might be planning to recognize the Islamic Emirate of Afghanistan, whose foundation the Taliban declared on August 19, as a state and start providing economic assistance.

In fact, on April 25 this year, Xinhua announced the signing of an agreement to provide food aid to Afghanistan, which is the most needed in the country (delivery of emergency food aid projects). Thus, China would start with food aid and then begin investment.

China would gain the fruits of economic partnership even in return for accepting an ungainly appearance.

And will the U.S. military, which brought about confusion such as the remnants of a defeated army, cooperate with the Taliban to contribute to the eradication of terrorist organizations after their withdrawal and make an “honorable retreat” from the country?

I will continue observing the progress for a while, feeling the irony of history.

Note: The content of the Reuters’ article linked from this article seem to change from time to time, and numbers in the articles may differ.

This article is an English translation of the article on August 27th.