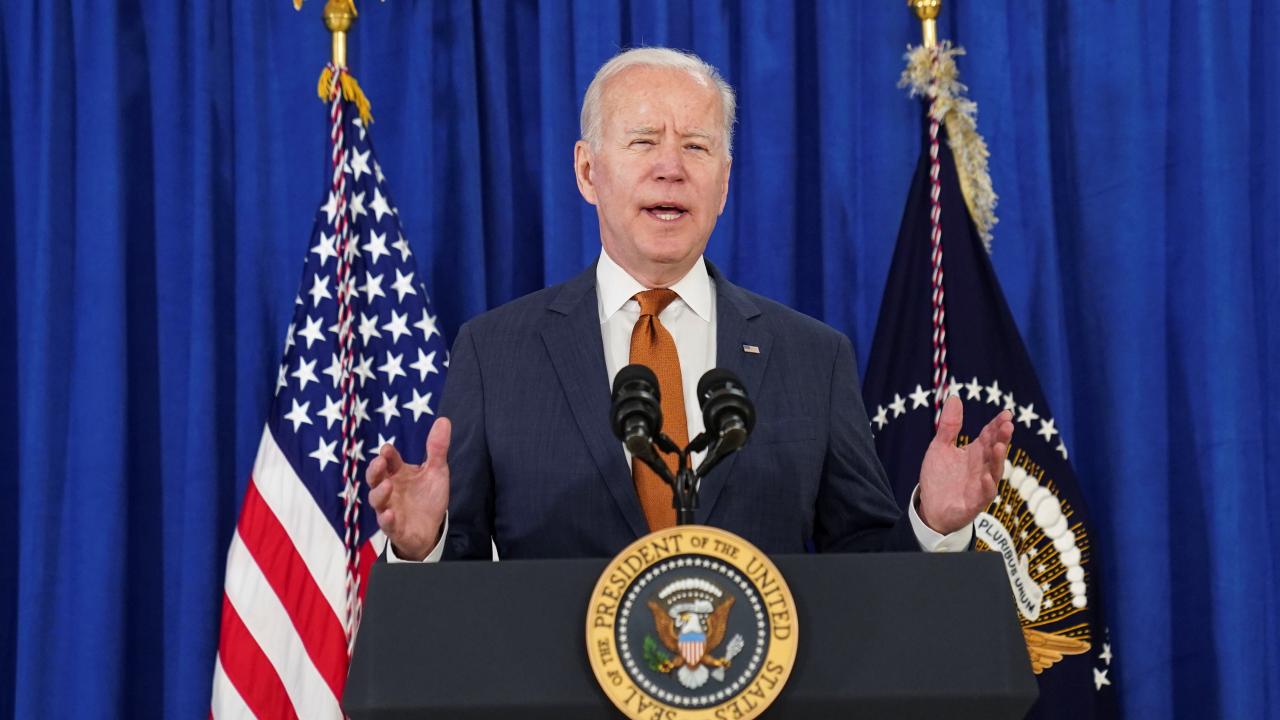 On June 3, President Biden issued a ban on investment in 59 Chinese companies, with only 3 newly sanctioned ones, which were also found out to be military and airline companies that China did not allow to accept foreign investment. In addition, the United States and China had discussed the matter in advance.

On June 3, it was widely reported that U.S. President Biden signed an executive order to strengthen the ban on investment in Chinese companies (June 4 Japan Time).

Former President Trump signed an executive order banning investment in Chinese companies under the influence of China’s People’s Liberation Army in November 2020, while since June 2020 the Department of Defense (DOD) had repeatedly prepared and added to the list of companies for the ban four times, and announced the last companies to be added on January 14, 2021, a week before Trump’s presidency ended.

It was reported that while most of the target companies were taken over, with the addition of new companies related to surveillance technology among others, a total of 59 companies became subject to sanctions. Accordingly, there are many reports that regard the Biden investment ban on China as a sign of the Biden administration’s hard-line policy toward China.

Since his speeches for the presidential election, Biden has repeatedly spoken to the effect that “We will not resort to sanctions against China, but we will strengthen cooperation with the international community, especially with our allies.” However, is he still using sanctions?

On May 27 and June 2, just before Biden signed a ban on investment in 59 Chinese companies, Vice Premier of the State Council and the head of China-U.S. economic dialogue, Liu He, a member of the Politburo of the Chinese Communist Party, held remote meetings with Katherine Tai, the United States Trade Representative (USTR), and with Janet Yellen, Secretary of the Treasury. Xinhua News Agency just highly evaluated that “Both sides committed to wide-ranging cooperation from macroeconomic and multilateralism perspectives based on an attitude of equality and mutual respect, and hoped to maintain cooperation in the future. They had a very frank exchange of opinions.”

Signing a ban on investment against China the next day was inconsistent. I felt intuitively that there must be something hidden.

As is well known, on March 12, after the start of the Biden administration, U.S. federal court temporarily suspended the DOD’s decision to ban U.S. companies from investing in Chinese smartphone giant Xiaomi Corporation.

The list is officially called the “List of Communist Chinese military companies” and commonly referred to as the blacklist.

The DOD decided to add Xiaomi to the blacklist on January 14, 2021, when Trump was still in power. On January 29, after Biden was formally inaugurated as president on January 20, 2021, Xiaomi filed a lawsuit demanding that the measure be repealed.

The ruling explained that “It is judged that the company has already suffered irreparable losses, including a 9.5% drop in its stock price, since it was added to the list.”

As a result, the Biden administration’s DOD announced that it would remove Xiaomi from the blacklist on May 12.

This meant that as of May 12, there was a glimpse of the Biden administration’s “Appeasement policy toward China.” In this context, Liu He had remote meetings with Katherine Tai and Janet Yellen.

Based on the above three points, I had a hunch that “Something is wrong” or “There is something” about “Signing of an investment ban on 59 Chinese Companies” on June 3.

◆ Astonishing “Gimmick” of the blacklist, which was close to “Bogus”: Only three new additions!

This hunch brought me the answer in an astonishing way.

First, I wanted to pick up the blacklists of the Trump and Biden administrations to check which specific companies were “Newly added companies subject to sanctions” under the Biden administration; whether they were state-owned, publicly-run by local governments, or private companies; and how much external capital was invested in them.

However, there was no such list, and therefore, I reluctantly tried to pick up the information at the time of Biden’s signing from the “Executive Order on Addressing the Threat from Securities Investments that Finance Certain Companies of the People’s Republic of China” in the White House briefing room to compare it with the Trump administration’s list.

However, since the list under the Trump administration was shown in PDF format divided into four parts, with orthographic variants of the Chinese company names, it required considerable time and determination to pick them up and compare, which turned out to be extremely difficult.

With such efforts, I prepared the following comparison table.

A comparison table created by Homare Endo, with data from the White House and the DOD websites

Let me explain the comparison table.

First of all, the blue section shows the Trump administration’s list taken over by Biden, with “Retained” written in the “Change” section.

The yellow section is the list of companies that were deleted under the Biden administration.

The reason for the deletions was not clearly stated, however, it was as explained above for Xiaomi, for example. Most of the other deleted companies are state-owned enterprises, in many of which U.S. investment is not allowed in the first place. Among them, only Grand China Air Co., Ltd. is partly owned by American companies such as Pan American. Other than that, the Chinese side does not allow foreign investment, and therefore, it is futile to make the list longer.

It is no exaggeration to say that this is the most””bogus,” or “cunning” part.

On the surface, it is presented as “Sanctions against 59 Chinese companies!” inflated with “baking powder” to show American voters just how “hard-line a stance against China” Biden is taking. The companies with both pink and blue colors cannot be considered new additions.

The Biden administration spoke with Liu He about them “under the table” and Biden signed the order as if it was a “fixed game.”

Only three companies were actually added.

They were shown last in red letters.

In addition, these three companies are not private companies but the military industry themselves owned by the state, and even if they are private, they are related to the military or airlines in which the Chinese government does not allow the investment of American capital in the first place.

Even if Biden does not include them in the list, they will not accept foreign investment from the beginning.

It was also regarded as problematic and questioned by reporters at a regular press conference of the Ministry of Foreign Affairs of the People’s Republic of China that remote meetings with Liu He took place just before the Biden administration announced its blacklist against China.

At the regular press conference of the Ministry of Foreign Affairs on June 4, for example, a Bloomberg reporter asked, “The Chinese government greatly appreciated that Vice Premier Liu He had spoken to the U.S. on the phone twice. What do you think about the announcement of the blacklist immediately after that?”

Having prepared the comparison table disclosed here, I finally understood the meaning of the ambiguous reply.

Nothing special. It was a fixed game.

Regrettably, it is still hard to believe that Biden’s hard-line strategy against China is genuine.