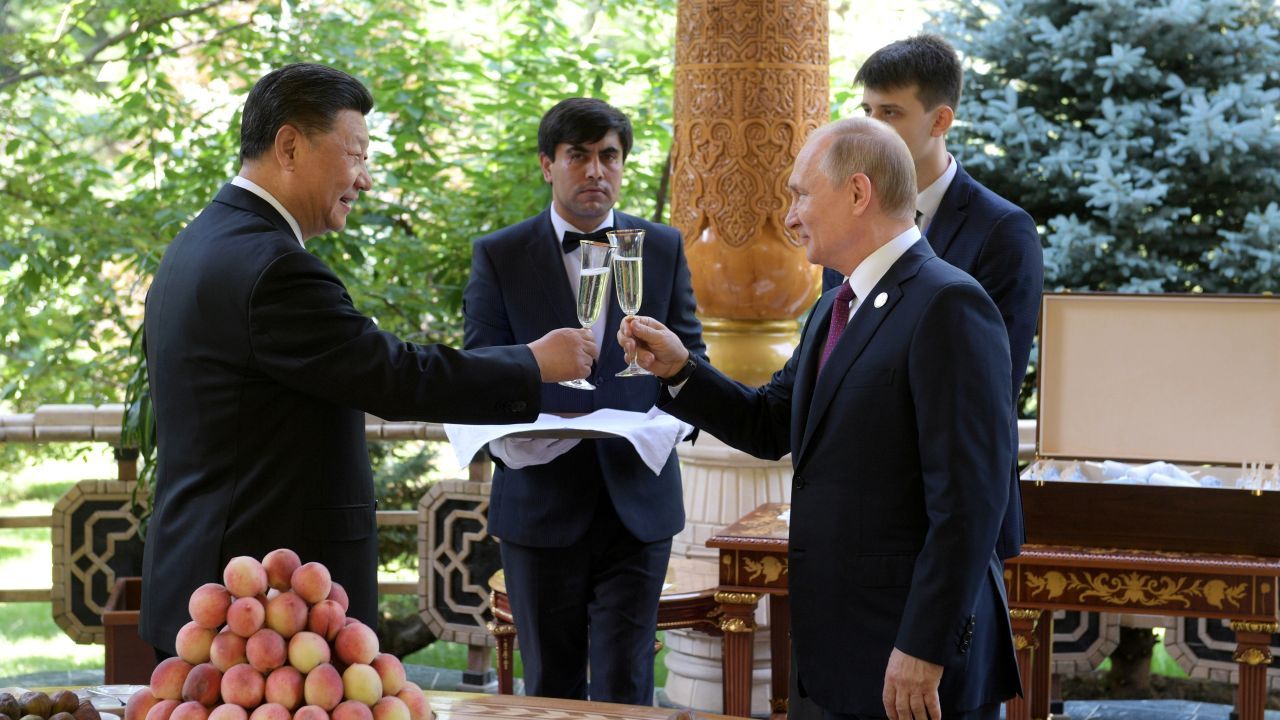 The 70th anniversary of China was widely celebrated in Russia. The events dedicated to this jubilee involved not only experts and specialists in contact with China in their professional activities, but also ordinary citizens.

On September 13-15, 2019, the China Festival was held at one of the most visited exhibition grounds in Moscow – the Exhibition of achievements of the national economy. The event under the slogan “Great heritage and a new era” included various activities – from the demonstration of the famous Chinese lion and dragon dances to master classes on traditional folk crafts such as cutting pictures from paper, tasting Chinese cuisine, etc. The Anniversary was also marked by a large joint concert of Chinese and Russian artists in the concert hall “Zaryadye” in the center of the capital.

One of the main media events devoted to the celebration was the demonstration on Russian TV of a multi-part documentary film about China in the first months after the establishment of the PRC. The film is a previously not shown chronicle, shot by Soviet cameramen on the personal instructions of J. Stalin and accompanied by comments of the Russian Ambassador to China Andrei Denisov and some sinologists. It is told about what Beijing and Shanghai looked like in 1949-1950, what were the areas for foreigners and how the poor lived.

A major scientific conference with the participation of over a hundred scientists, dedicated to the 70th anniversary of China, was organized by the Moscow State Normal University – one of the largest in Moscow in terms of the number of Chinese students studying there.

Since the 70th anniversary of the establishment (October 2) of Soviet-Chinese diplomatic relations was also celebrated in early October, a number of events and stories in publications were devoted to this event. In particular, the ministries of foreign affairs of the two countries prepared exhibitions of archival photographs and materials of the 1950s.

In general, the coverage of the Chinese anniversary in Russia was dominated by a benevolent tone. The majority of publications paid tribute to the significant progress of China in all spheres of public life, noted the achievements of the policy of reforms and openness, the movement in many positions to the forefront of science and high technology. At the same time, Russian authors do not simplify the truly difficult path traversed by China. Thus, Ivan Zuenko (Vladivostok) in his article “How China became great again” traces the vicissitudes of China’s development, not forgetting the sad consequences of the adventurous “big leap” (36 million people died of hunger), the “cultural revolution” and the “Tiananmen drama” of 1989. in his opinion, the policy of the current leadership of the country “is painted in nationalist tones.” At the same time, the challenge posed to China by Donald Trump “strengthened the tendency to tighten China’s foreign and domestic policy” (https://profile.ru/politics/kak-kitai-snova-stal-velikim-1800361). The  harsh assessment of the Chinese anniversary was given by Sergey Tsyplakov, a former trade representative of Russia in China. In his opinion, the first two years of the “new era” proclaimed by Chairman Xi, turned out to be “the most difficult in his political biography”. The situation in the economy remains “alarmingly uncertain”,, the growth rate has slowed significantly. China’s external situation has also become more complicated. “Of course,” the author notes,” XI Jinping is an experienced pilot, but still the danger of running into numerous underwater reefs is greater than ever.”  (70 years of China: a difficult change of eras. – Nezavisimaya gazeta-Independent newspaper. Moscow, 30.09.2019).

In the jubilee context, much attention was paid to modern Russian-Chinese relations. As you know, the joint statement of the Russian Federation and China on the results of XI Jinping’s visit to Russia on June 5, 2019 recorded the entry of Russian-Chinese relations of comprehensive partnership and strategic cooperation into a “new era”. The characteristics of bilateral relations in the new era were summarized in the Joint statement. In short, these are: strategic support in following their own path of development and protection of key national interests, deep integration and rapprochement, innovative approach to cooperation, assistance in the formation of a polycentric world order. At the same time, Russia and China reaffirmed their commitment to the basic principles of non-establishment of allied relations and non-confrontation, as well as non-targeting of third countries.

Nevertheless, political scientists continue to discuss both the content of the new stage of China’s relations with Russia and the probability of creating an alliance in connection with the obvious increase in the scale and deepening of military-technical cooperation between the two states. Viktor Larin (Vladivostok) considers coordination as the “key word of the new era” – it is becoming closer and more multifaceted not only in the activities of Moscow and Beijing in the international arena, but also in their internal development strategy (“Russia in the Asia-Pacific Region”. – Vladivostok, 2019, № 3. Pp. 6, 10).

Alexander Korolev proposed the author’s scheme to determine the level of military cooperation between states. Large-scale military-technical cooperation and regular joint military exercises allow us to conclude that China and Russia have gone beyond the parameters of the initial and middle stages of military cooperation and since 2016 have begun the transition to its advanced stage. “Technically, Russia and China are ready for a closer military alliance, and skepticism about this is hardly justified” (“Russia in the Asia-Pacific Region”. – Vladivostok, 2019, № 3. Pp. 142, 153-154).

Another point of view is held by Alexander Khramchikhin. Noting that China in recent years “has a certain interest in the military-political alliance with Russia”, he, however, believes that “imitation-propaganda component is very strong in the military cooperation of the two countries” and that “it is unlikely to develop any fundamental new forms” in this area (“Independent military review”. – Appendix to “Nezavisimaya Gazeta”, 20.09.2019).

Summarizing, we note that the 70th anniversary of China has become a significant event in the social and scientific life of Russia. The anniversary provided an opportunity to take a fresh look at both the specifics of China’s development and the entire range of Russian-Chinese relations.