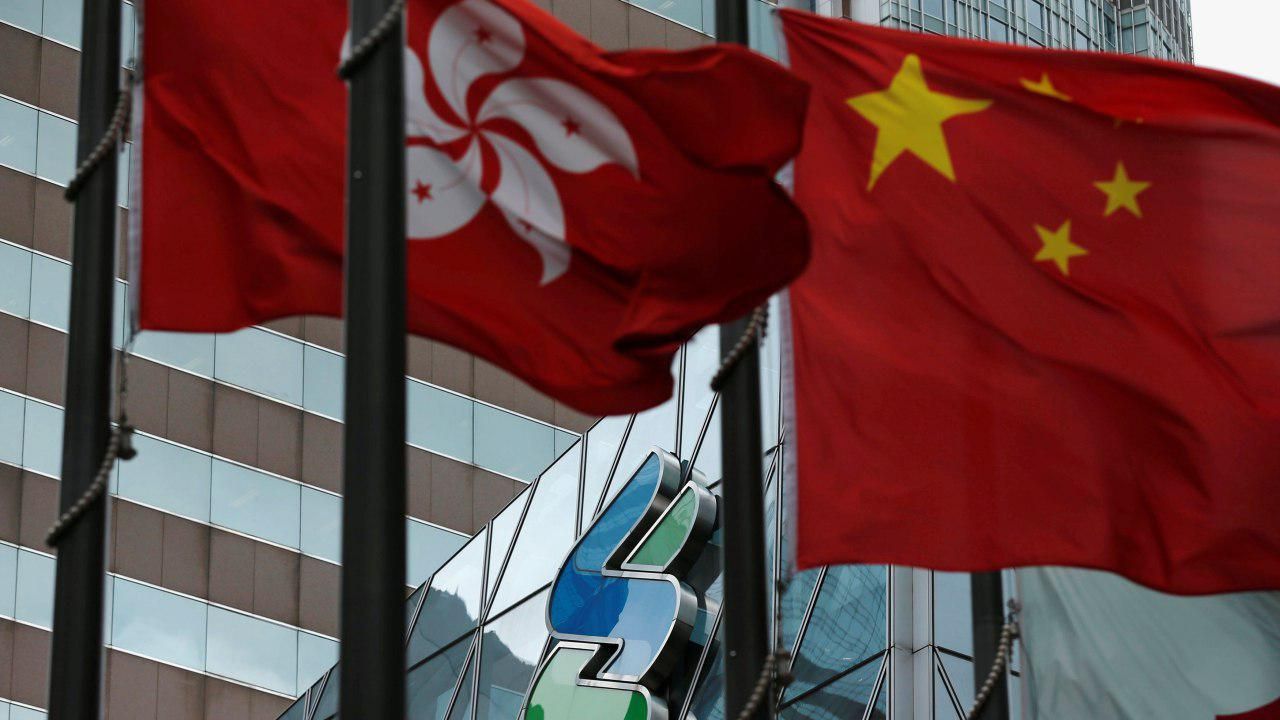 Did you know that almost all of the judges on Hong Kong’s highest court—the Hong Kong Court of Final Appeal—are foreigners?

At this time, judges who hold foreign or dual nationality in countries such as Canada and Australia account for 15 of the 17 judges on the court. In fact, only two judges are Hong Kong Chinese nationals. This means that judges from countries that had been ruled by the former British Empire still adjudicate the disputes of Hong Kong residents.

Naturally, the court’s rulings reflect judgments based on democratic values.

The Chinese government (the Beijing government) must be extremely concerned that the status quo of Hong Kong’s justice system will lead to the democratization of Hong Kong.

Therein lies the fundamental reason for the amendments to the Fugitive Offenders Ordinance proposed recently.

I suspect that a lot of Japanese people, and others around the world, are not aware of this fact.

Discontent of Hong Kong’s Pro-China Camp Towards the Judiciary

For those of you who find this hard to believe, I would like to illustrate the situation with a specific example.

In a BBC news article titled “Hong Kong Review: A Justice System in Crisis” dated March 1, 2017, the BBC reported that the pro-establishment camp of Hong Kong political parties supportive of mainland China had voiced complaints about a ruling on demonstrators in the Umbrella Movement of 2014 and the police officers who cracked down on them. The pro-establishment camp noted that the ruling was extremely unfair.

According to the report, the court ruled that the demonstrators who assaulted and obstructed police officers in the performance of their duties were sentenced to imprisonment of five weeks, whereas the police officers who exercised their public authority (a certain level of physical force) to enforce the law against violent protestors were sentenced to imprisonment of two years.

In other words, the political parties in the pro-China camp are upset because they believe that the judges have taken the side of the demonstrators who are advocating for the pro-democracy movement in Hong Kong.

Of course, it is easy to imagine that this discontent is even stronger with party central and other parts of the Chinese government.

Xinhuanet is the digital arm of Xinhua News Agency, the state-run press agency of the Chinese government. On January 17, 2018, Xinhuanet signaled its discontent with the Hong Kong judiciary through an article titled “16 Demonstrators in Hong Kong’s Unlawful Occupy Central Movement Held in Contempt of Court” (Occupy Central refers to the Umbrella Movement.). It is important to note that Beijing only signaled its discontent, and did not express its anger openly. The government can afford to let private-sector websites and others give voice to this anger. Above all, the most severe punishment imposed on one of the leaders of demonstrations of this magnitude was imprisonment of 4.5 months, and the lightest sentence was imprisonment of 1 month.

If Things Remain Unchanged, Hong Kong Will Become a Democracy

As a result of these developments, there has been a lot of sneering and discontent on the Internet in continental China, with people ridiculing and noting the absurdity of the situation. Some people also ask what the future holds for Hong Kong.

That is a good question.

We must take a close look at the pressing question of the future of Hong Kong.

If things remain unchanged, Hong Kong will become a democracy.

It is unthinkable that the Beijing government would not be fearful of this outcome.

Faced with this situation, the amendments to the Fugitive Offenders Ordinance were proposed to allow Hong Kong’s pro-democracy activists to be sent to continental China (Beijing government) to stand trial under its justice system.

But is that really true? The following objection comes to mind. Suppose that a suspect has committed a crime in a country, region or other area outside Hong Kong and has fled to Hong Kong. The Fugitive Offenders Ordinance would then allow the Hong Kong authorities to hand over the suspect to countries and regions with which it has extradition agreements, if requested to do so. Until now, continental China, i.e., the Beijing government (the People’s Republic of China), was not included in those countries and regions. Therefore, an attempt was made to include continental China in those countries and regions through the recently proposed amendments. For this reason, some people may argue that the proposed amendments cannot target people participating in pro-democracy movements carried out by Hong Kong citizens in Hong Kong.

The Hong Kong Government’s Explanation and the Actual Situation

That view would be correct.

However, if that view is true, why are young people in Hong Kong so fiercely opposed to the proposed amendments?

Let’s look back at a statement made by the Standing Committee of the National People’s Congress, which has jurisdiction over Hong Kong, at the time of the Umbrella Movement in 2014.

The Standing Committee said the following:

That is impeccable logic.

It follows that in an ordinary election based on the principle of “one person, one vote,” the electorate must comprise “compatriots who love China,” in accordance with the Constitution of the People’s Republic of China. For this reason, it was decided that the Chief Executive of Hong Kong should be chosen by 1,200 pro-China election committee members.

Some may say that the proposed amendments were triggered by a different development. They would argue that the proposed amendments came about after a Hong Kong resident committed an act of murder while on a trip to Taiwan in February 2018. A young couple (both of whom were Hong Kong residents) were vacationing in Taiwan. The Hong Kong man learned that his girlfriend was carrying the child of another man, got angry and killed his girlfriend. He left her body in Taiwan and returned (fled) to Hong Kong. The crime was brought to light and the man was arrested. However, the Hong Kong courts could not bring the case to trial because the crime was not committed in Hong Kong. The fugitive could not be extradited to Taiwan because of a lack of an extradition agreement with the region. The Hong Kong government has explained that the proposed amendments to the Fugitive Offenders Ordinance were triggered by efforts to ensure that suspects could be transferred to countries and regions excluded in existing laws, such as “mainland China, Taiwan, and Macau.”

The Hong Kong government has certainly explained things along those lines.

In reality, however, up to 2 million Hong Kong residents have participated in the demonstrations. This shows that the people of Hong Kong believe that the explanation provided by the government for the proposed amendments is not the true reason.

Why Does Hong Kong Have Foreign Judges?

Next, I’d like to look at why almost all judges in Hong Kong are foreigners (foreign nationals).

From 1841, following the First Opium War, the United Kingdom controlled the Hong Kong judiciary. Judges from the British Empire and its colonies made up most of the courts.

In the early 1980s, British Prime Minister Margaret Thatcher and Deng Xiaoping conducted various negotiations on the return of Hong Kong to China. In 1984, the Sino-British Joint Declaration was issued. The declaration approves the appointment of foreign judges to the courts in Hong Kong. The Basic Law of the Hong Kong Special Administrative Region is the constitution of the Hong Kong Special Administrative Region. Based on respect for the Sino-British Joint Declaration, the Basic Law permits foreign judges to sit on the courts (the relevant provisions are contained in Article 82, 90, 92, and other parts of the Basic Law). However, the Chief Justice of the Court of Final Appeal must be a Chinese citizen who is a permanent resident of the Hong Kong Special Administrative Region with no right of abode in any foreign country.

Why did China approve this? At the time, continental China was still considerably underdeveloped, while Hong Kong was a thriving cosmopolitan city. In order to ensure that Hong Kong could attract foreign capital and fulfill its roles as an international financial center, the Chinese officials calculated that it might be better to have foreign judges on the court when lawsuits with foreign companies are adjudicated, and they accepted the condition put forward by the British side.

The Chinese could solve the problem of foreign judges by amending the Basic Law. However, a number of foreign countries would criticize such an amendment, arguing that it shows that China does not respect the rule of law. China’s commitment to the “one country, two systems” principle would completely collapse.

The “one country, two systems” principle, issued in 1997, will remain unchanged for 50 years. It states that the autonomy of Hong Kong will be protected for 50 years. This was not something that China could decide alone. It was a promise that China made with the United Kingdom for its consent to handover Hong Kong. It was also a tacit agreement with various other countries that have a stake in Hong Kong’s success as an international financial center. The “one country, two systems” principle is the reason why the international community has continued to invest in Hong Kong as a global financial center, and the reason why China has continued to thrive financially through Hong Kong.

However, as a result of China’s rapid economic development over the years, Hong Kong’s strategic significance and roles as an international financial center for China have largely come to an end.

If it amends the Fugitive Offenders Ordinance at this time, China will be able to remove many young aspiring pro-democracy activists from Hong Kong at the earliest opportunity.

In other words, the true intent of the proposed amendments is to simplify the extradition process so that if any ordinary Hong Kong residents engage in suspicious activity to overthrow the government, the suspects can be extradited swiftly to continental China and face trial under continental China’s justice system.

Without this perspective, it is impossible to gain real insight into the demonstrations in Hong Kong.