言語別アーカイブ
基本操作
China’s Response to the Fourth Round of Sanctions against China, and Designation as Currency Manipulator
遠藤 誉／Homare Endo 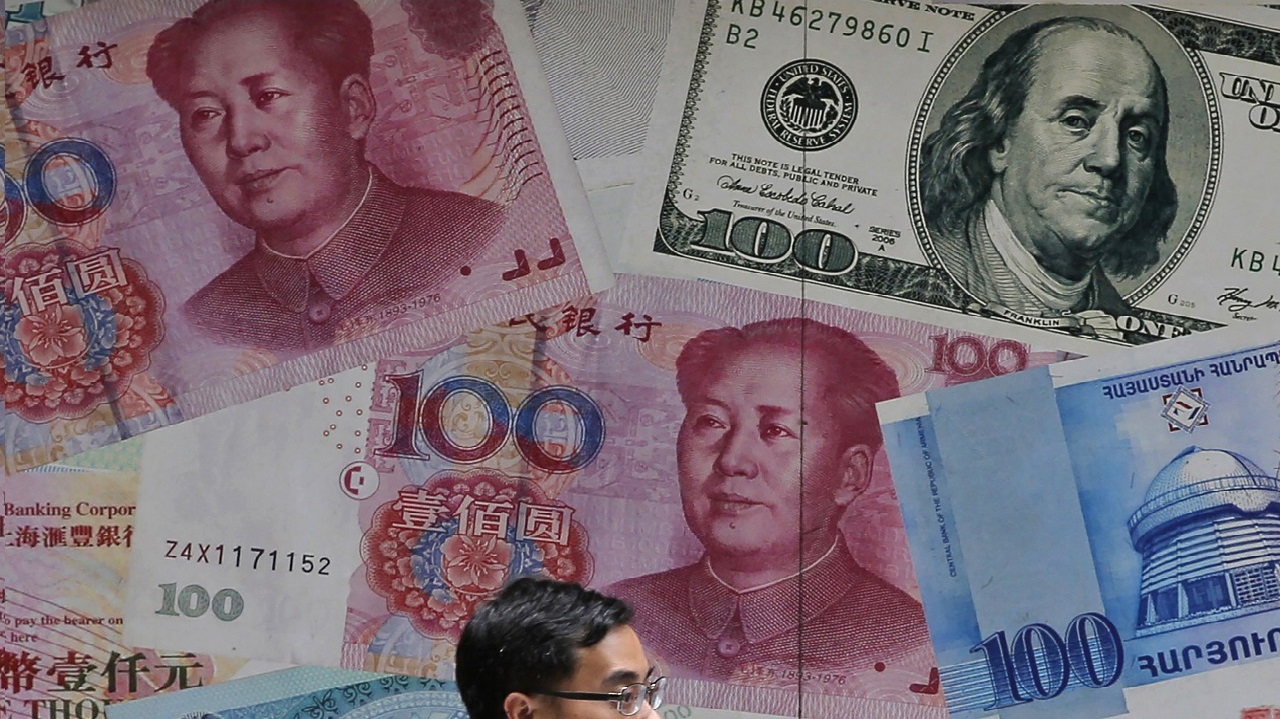 In order to fulfill the promise made during the G20 Osaka Summit held on June 29, the 12th round of Sino-U.S. trade talks was held on July 31, in ShanghaiSino-U.S.. On that day, the White House stated that the talks were very constructive.

However, on August 1, Trump suddenly declared that a 10% retaliatory tariff would be imposed on 300 billion dollars (approximately 32 trillion yen) worth of imports from China because the talks were allegedly not satisfactory. The United States will impose additional tariffs on almost all Chinese products from September 1, as the fourth round of sanctions against China. China strongly protested against the tariffs, stating that they violated the promises made by the leaders of the United States and China during the Osaka Summit, but Trump’s attack on China did not stop here.

In fact, when Trump’s remarks on August 1 were widely reported by all Chinese media outlets, domestic fear that the Sino-U.S. trade war would intensify spread, causing the Renminbi to fall to the 7 Yuan level against the dollar on August 5. It marked the first time in 11 years that this happened.

This article examines China’s response and future possibilities, including an exchange of views with Mr. Sun Qiming, an economics professor at Beijing University of Posts and Telecommunications, and a researcher for this think tank, Global Research Institute on Chinese Issues.

*   China’s response to the fourth round of sanctions against China

On August 1, President Trump tweeted, “More recently, China agreed to buy agricultural product from the U.S. in large quantities, but did not do so,” and stressed that China had not made good on its promise made during the Sino-U.S. summit meeting held at the G20 Osaka Summit.

In response, the National Development and Reform Commission and the Ministry of Commerce strongly objected, stating, “As promised, China has purchased a large amount of American agricultural and livestock products. Indeed, several million tons of American soybeans are currently under way over the Pacific Ocean, and we are in the process of buying 130,000 tons of soybeans, 120,000 tons of sorghum, and 40,000 tons of pork and pork products!” All Chinese media outlets, including CCTV, strongly criticized Trump, stating that China would respond with retaliatory measures.

For example, during a regular press conference, Hua Chunying, the spokesperson for the Ministry of Foreign Affairs, stated, “China expresses strong dissatisfaction and disagreement. If the U.S. imposes tariffs, China will have to take necessary retaliatory measures to firmly protect the fundamental interests of China and its people.” She also repeated, “The Chinese government does not want a trade war, but does not fear one at all, and will resolutely fight if necessary,” which is a cliché often repeated since the start of the trade friction between the United States and China.

On the Internet, there were comments like, “I thought we had a break, what is Trump upset about?” and “Is democracy really a good thing? He is disturbing the entire world aiming to get re-elected. How embarrassing.”

*   China’s response to the designation as a currency manipulator

The declaration of the fourth round of sanctions against China on August 1, sent shockwaves around the world’s stock markets, China being no exception. In fact, it can be said that China was most sensitive to the event because it involves China directly.

As a result, on August 5, when the Renminbi fell to 7 Yuan to the dollar, Trump immediately tweeted that he had designated China as a currency manipulator and subsequently, the U.S. Department of the Treasury officially announced the designation, as mentioned at the beginning of this article.

China was last designated by the U.S. as a currency manipulator in 1994 (the fifth time), the announcement on August 5 was the first such designation in 25 years.

All Chinese media outlets, including CCTV, reacted even more fiercely than on August 1. Newscasters angrily commented as if they were going to snap at Trump directly, reporting comments from many experts and government officials over and over.

Against this backdrop, the Ministry of Commerce issued a notice that relevant Chinese businesses would suspend new purchases of U.S. agricultural products. Though the Ministry announced the suspension of new purchases, I was surprised to see some Japanese media outlets reporting it as a power struggle within the Xi Jinping administration, probably because they had overlooked the word “new.” Those Japanese media outlets wrote that some had pointed out that this announcement by the National Development and Reform Commission, which was different from the previous one, reflected disagreement and confusion within the Xi Jinping administration.

Who pointed this out?

Probably the reporters themselves think so, and want to lead Japanese readers to the idea of a power struggle, by pretending that many unspecified people are making such claims.

If President Trump repeats such unexpected words and actions, the world will respond to them, resulting in general confusion.

In this way, facts about china would be harder to delve into.

The Beijing News, a newspaper in Beijing, reported an analysis by Chen Sijin, a financial risk management expert. He also reportedly predicted that the Renminbi would fluctuate between 6.5 and 7.5 Yuan against the dollar about 2 months ago. Under the current uncertainty regarding the future of the trade friction between the U.S. and China, he concluded that 7.0, with a fluctuation range of 10%, is within the norm for market fluctuations.

*   Opinion of Professor Sun Qiming, a researcher for this think tank

Sun Qiming, a researcher for this think tank, Global Research Institute on Chinese Issues, and a professor at Beijing University of Posts and Telecommunications, stated as follows.

１．Labelling China as a currency manipulator does not meet the U.S. Department of the Treasury’s own conditions for designation and represents selfishness based on the United States’ unilateralism or protectionism. This will not only destroy international rules but also have a significant impact on the global financial economy.

２．China is implementing a managed float system (managed floating-rate system) based on market needs and makes adjustments by referring to a currency basket. There is no currency manipulation.

If an economy (nation-state) meets all of the above three conditions, it is designated as a currency manipulator. If it meets two of the above conditions, it is placed on the watch list of countries to be monitored for currency manipulation. If the economy meets only one condition, it may or may not be included in the watch list. These are the U.S. Department of the Treasury’s own rules.

However, the second condition has not been met because China’s current account surplus in 2018 was 0.37% of its GDP. The third condition also has not been met, because China’s foreign exchange reserves have been stable at around 3 trillion dollars from the second half of 2016 until today. So, the U.S. Department of the Treasury is doing something that violates its own rules.

４．China was not included in the category of currency manipulators in the U.S. Department of the Treasury’s report at the end of May this year in the first place. Nine countries—China, Germany, Ireland, Italy, Japan, Malaysia, Singapore, South Korea, and Vietnam—were simply included equally in the watch list.

I do not want to make this too long, so I would like conclude here, but finally, I note that Professor Sun Qiming responded to me about the implications of being labeled as a currency manipulator.

—In reality, there is nothing that can be done, but the U.S. government might take a morally and legally advantageous position and intensify its attack. This is because, if a country is a currency manipulator, it is impossible to properly assess the country’s profits gained therefrom. There would be a kind of psychological effect coming from such a designation. This effect depends on how much other countries regard Trump’s measures as important. If they do not place importance on them, there will be fewer factors leading to confusion in the international order, and the United States will become isolated. China should simply proceed with what it must do.

(This paper was written on 7 August)