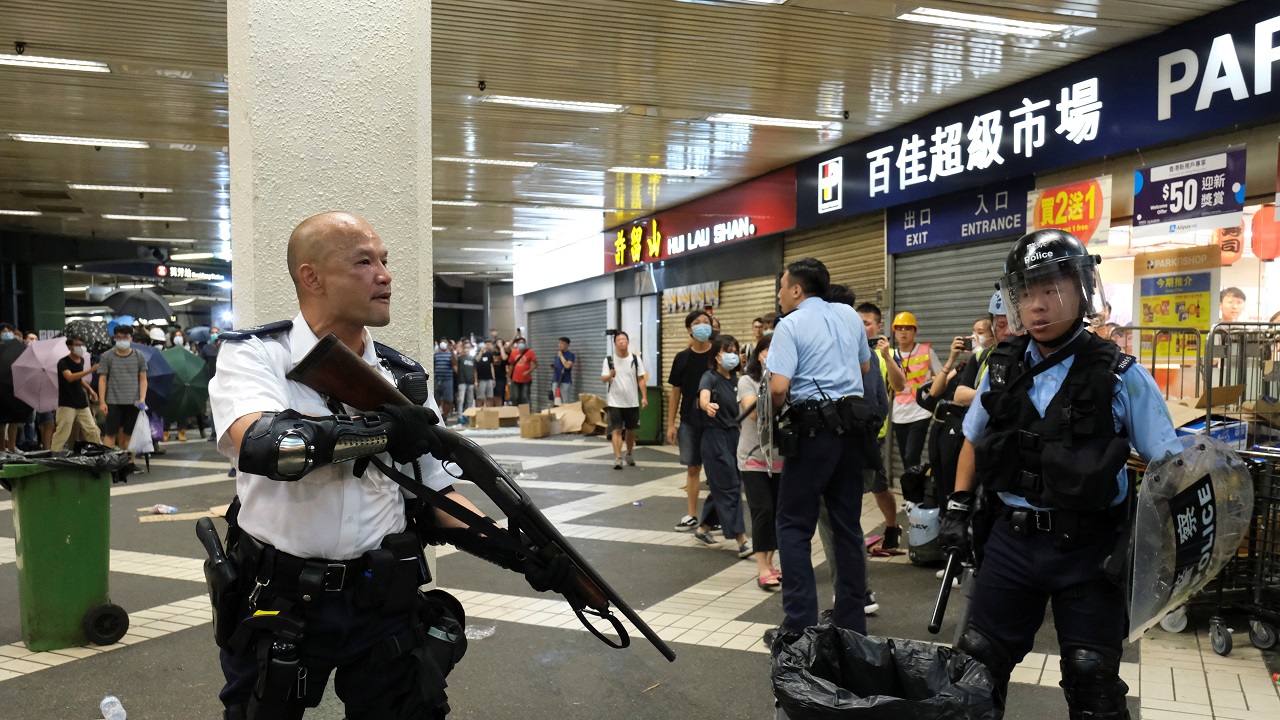 Hong Kong (officially known as Hong Kong Special Administrative Region of the People’s Republic of China) was once considered one of the “Asian Four Little Dragons” along with South Korea, Singapore, and Taiwan. With a land area of only 1,106 km2 and a population of only 7.4 million, it achieved rapid economic development after the WWII and attracted attention from the international community.

Hong Kong, which was under British colonial rule until sovereignty was returned to China in 1997, has a clean government and good social order. Hong Kong grew into the financial and transportation center in the Asia-Pacific region and has continued to shine as the Pearl of the Orient. The Heritage Foundation, a U.S. think tank, has ranked Hong Kong as the world’s freest economy for 25 years in a row.

Currently, several large demonstrations in Hong Kong since June this year and clashes between demonstrators and police have shocked the world. This is not the first time that Hong Kong has experienced demonstrations or clashes during demonstrations. These demonstrations, however, had as many as 2 million participants, the largest since 1997. What is more, the situation is becoming increasingly complex.

Meanwhile, the international community has intensified its criticism against the Hong Kong government’s response. The Chinese government sees this as foreign support for the protests. On the other hand, the Chinese government has shown no signs of softening its stance, and some media reports even suggest that Beijing may use the People’s Liberation Army to solve the problem.

The demonstrations were held to protest the extradition bill, which would allow for surrender of criminals or other suspects to China. Hong Kong citizens fear that Beijing will use this ordinance to arrest specific persons on fabricated charges in the future.

The Hong Kong government had to make concessions, out of concern that the protests could further escalate and intensify to the point where the situation could get out of control. Carrie Lam, the Chief Executive of Hong Kong, stated “The contrivance to amend the ordinance failed” and “The bill is dead.” Although she did not use the expression “repeal,” she effectively declared the bill abandoned.

In Taiwan, on the other hand, President Tsai Ing-wen wrote on her Facebook page on June 9 “‘One Country, Two Systems’ is not an option for Taiwanese.” On June 13, she stated that the Hong Kong protests led Taiwanese to value their democracy and way of life and to recognize that “One Country, Two Systems” was incompatible with Taiwan.

In its statement issued on June 9, the Mainland Affairs Council (a ministry in charge of the China policy) paid its respects to the strong determination of Hong Kong citizens to protest the reckless law amendment and criticized China by saying “Undoubtedly, the Hong Kong government’s amendment to the bill is ringing a bell in mourning for ‘One Country, Two Systems’” and “Learning lessons from Hong Kong, we want to urge the people to be wary of the Chinese Communist regime’s deceptive nature.”

At the Legislative Yuan (equivalent to the Diet of Japan), on June 17, the ruling and opposition parties adopted a joint statement whose points include “the legislature supports Hong Kong citizens’ pursuit of democracy and freedom and urges the Hong Kong government to repeal the extradition bill.” Cho Jung-tai, the Chairman of the ruling Democratic Progressive Party, cheered in an event to support the Hong Kong protests held on the campus of National Taiwan University on June 14.

The Hong Kong protests have important implications not only for Taiwanese politics but also for Taiwanese society. First, both Taiwan and Hong Kong use Chinese, making it easy to communicate with each other. There have been a lot of people-to-people exchanges and comings and goings between Taiwan and Hong Kong for a long time, and many Taiwanese feel close to Hong Kong’s culture, including food and entertainment. In this context, it is understandable that the people of Taiwan naturally sympathize with Hong Kong when they see Hong Kong citizens being beaten by police in protest demonstrations. According to an opinion poll released on June 23 by the Taiwanese Public Opinion Foundation, 70.8% of Taiwanese “support” the Hong Kong protests. Among them, 48.2% answered “strongly support” and only 12.6% answered “not support.”

In light of this, it might be possible to say that the Hong Kong protests have already achieved demonstration effect in Taiwan. As is well known, the Chinese government has yet to renounce the “One Country, Two Systems” for Taiwan. As a result, Hong Kong will serve as a model of “One Country, Two Systems” until Taiwan is reunified. The Chinese government says that Taiwan will enjoy freedom as Hong Kong does under “One Country, Two Systems” if Taiwan agrees to be reunified. In other words, Hong Kong would become a means of winning the hearts of Taiwanese. However, vivid images of Hong Kong citizens being beaten in protest demonstrations are now being aired on Taiwanese television, which only deepens fears of Taiwanese toward unification with China. And, those fears are driving action.

On June 16, a rally against the extradition bill was held in front of the Taiwan Legislative Yuan and they cheered for Hong Kong citizens. At the rally, Hong Kong democratization activists gave speeches at the site and called for support from Taiwan. About 10,000 people reportedly attended the event.

In addition to support activities such as the event held on the campus of National Taiwan University mentioned above, Hong Kong students studying in Taiwan are calling for “donations of helmets.” This activity is to collect unnecessary helmets and send them to protesters in Hong Kong. Watching news reported in Taiwan that demonstrators were beaten with batons and received injuries to their heads, Hong Kong students in Taiwan wanted to help demonstrators. Behind this is the fact that there are few helmet shops in Hong Kong because there are not many people who ride motorcycles.

Those actions to support the Hong Kong protests are changing the awareness of Taiwanese society. According to a poll conducted by the Election Study Center of National Chengchi University in Taiwan (released on July 10, 2019), 56.9% of Taiwanese consider themselves to be “Taiwanese,” an increase from 54.5% in the previous poll. The center compiles and releases results of polls every 6 months or 1 year since 1992, and this is the first rise in 5 years. This change is backed by the impact of the Hong Kong protests and the New Year’s speech by Chinese President Xi Jinping, comments Center Director Tsai Chia-hung.

In addition, the Hong Kong protests provoked support from Taiwanese, and also affected the perception and position of Hong Kongers regarding the cross-strait relations. According to a study by the Public Opinion Programme of the University of Hong Kong, 65% of Hong Kong citizens are “not confident” in cross-strait unification, far more than the 27% who answered “confident.” Moreover, 63% answered “‘One Country, Two Systems’ is not applicable to Taiwan,” while only 27% answered “applicable.” In addition, 57% “agree” and 27% “disagree” on “Taiwan’s accession to the United Nations.”

It can be considered that such awareness of Hong Kongers does not persuade Taiwanese to become like Hong Kong, the model case of unification, but only strengthens the Taiwanese resolve to refuse unification.

China has tried to prevent Taiwan from acquiring weapons from overseas. In early July this year, the U.S. government approved the sale of weapons to Taiwan, which drew criticism from China. In the first place, Xi Jinping stated in his New Year’s speech this year that he did not renounce unification by force, and the suggestion of dispatching the People’s Liberation Army will only strengthen the legitimacy of U.S. arms sales and the Tsai Ing-wen administration’s military buildup. Before taking a hard-line stance on the Hong Kong issue, Beijing should first consider the adverse effect on cross-strait relations.

(This paper was written on 1 August)