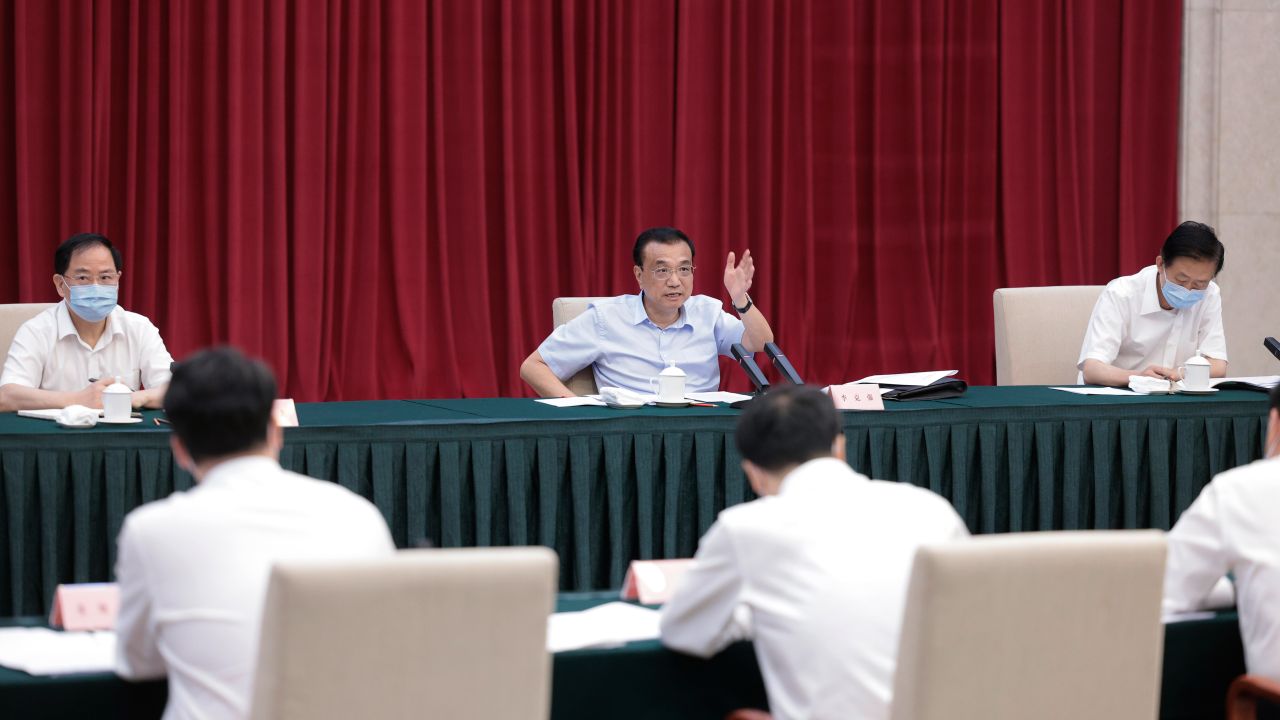 Chinese Premier Li Keqiang, also a member of the Standing Committee of the Political Bureau of the Communist Party of China Central Committee, presides over a symposium on the economic situation in Shenzhen, south China's Guangdong Province, Aug. 16, 2022. (Xinhua/Liu Bin)

The State Council of China outlined a 19-point policy package on 26th August, including another 300 billion Chinese yuan renminbi (yuan) that state policy banks can invest in infrastructure projects, on top of 300 billion yuan already announced at the end of June. Local governments will be allocated 500 billion yuan of special bonds from previously unused quotas.[1]

According to the Bloomberg report, China stepped up its economic stimulus with a further 1 trillion yuan ($146 billion) of funding largely focused on infrastructure spending, support that likely won’t go far enough to counter the damage from repeated Covid lockdowns and a property market slump.

In fact, China’s State Council had proposed a 33-point package of policy items which help “get the economy back on a normal track” on the 25th May.[2] What’s wrong with China’s economy of domestic sector?

Investment, consumption and export have always been regarded by the China’s government as the troika driving GDP growth. China’s economic growth is mainly driven by foreign trade exports. Investment and consumption are usually just levers for dealing with external or global economic crisis.

For example, during the Asian financial crisis in 1998, China proposed a policy of expanding domestic demand, and provided investment in housing, automobiles and other fields to promote the release of consumer energy. Besides, China once again promoted the policy of expanding domestic demand, through investment in infrastructure, such as railways, highways, airports and water conservancy, and home appliance products going to the countryside in the period of 2008 global financial crisis.

Domestic demand policies. In the first half of 2020, China’s exports maintained a growth rate of 13.2%, but compared with 28.1% in the same period in 2021, China’s export capacity lagged behind significantly. In anticipation of a decline in export sales, China once again adopted a package of domestic demand policy, especially emphasizing consumption to boost the economy. Since the Fifth Plenary Session of the 19th Central Committee of the Communist Party of China (CPC), the CPC has emphasized expanding domestic demand as a strategic basis, and expanding domestic demand has become an important policy to stimulate China’s economic growth.

However, the latest package isn’t enough to turn the economy around. It will create more public demand that will partially fill a growing hole left by a retreating private sector — giving some support to growth. Bloomberg Economics criticized that “What it won’t do is deliver a confidence boost that’s needed to prompt households to spend more and companies to invest more. “

The role of state-owned (or state-controlled) enterprise. Another indicator also shown that the cumulative growth ratio of China’s national fixed assets by state-owned (or state-controlled) and private enterprise investment dramatically declined from 6.8% and 4.7% in December 2019 to -23.10% and -26.42% in February 2020. National fixed assets investment fell by double digits in the first four months. 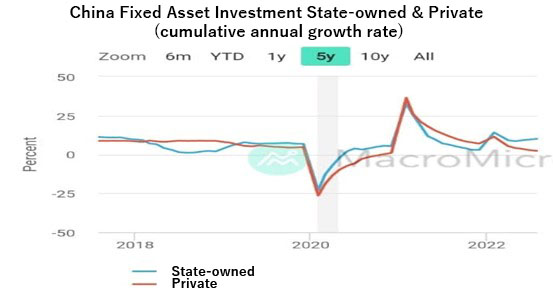 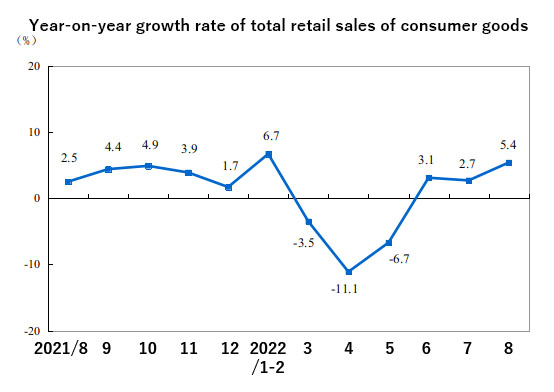 The State Council has repeatedly emphasized the need to carry out structural reforms on the supply side, the purpose of which is to expand domestic demand and create room for economic growth. The key is to make Chinese residents willing to consume, able to consume, and dare to consume.

However, under the new crown epidemic, repeated Covid lockdown and dynamic zero-epidemic prevention policies, Chinese residents have become less able to and afraid to consume than in the past. At the same time, Chinese households also face high debt ratios, severe unemployment, and an aging population structure before they become rich.

The debt pressure of urban households is mainly mortgage loans, especially medium and long-term consumption mortgages, which account for 80% of long-term consumption. The second main reason is that household income can no longer cover daily expenses, and the turn to private loans has also increased by 18.3%, which is much higher than the 10% increase of average income in the past decade.

The third reason is the rising debt in the poor areas, where households in urban areas have higher incomes and can still repay their loans. However, in Inner Mongolia, Xinjiang, Shandong, Tibet and other rural regions with low-income levels, they cannot pay for their daily necessities. Many households still have to pay short- and medium-term loans, resulting in severe economic pressure.

Premier Li Keqiang of the State Council once said that there are 600 million residents in China whose monthly income is only 1,000 yuan in 2020. Under the influence of the new crown epidemic, the per capita disposable income of Chinese residents has dropped significantly, particularly in rural areas and these inner provinces.

Unemployment. In 2021, in order to prevent the unconditional expansion of capital, CPC imposed strong supervision on industries such as real estate, supplementary education, entertainment, and online games. Tencent, Alibaba, Didi and other tech giants have been forced to lay off staff due to the decline in revenue under the strict regulation.

Flexible employment. According to a survey by the Chinese Academy of Social Sciences, the national unemployed population in May was as high as 5.9%, and the unemployment rate in 31 large cities was as high as 6.9%. However, the number of newly added jobs in May was only 1.23 million. In addition to 10.67 million college graduates, migrant workers, laid-offs and veterans will enter the job market. In order to solve the problem of unemployment, the Chinese government has created many new titles for flexible work in an attempt to stabilize the unemployment plight.

An aging society. China is rapidly entering an aging society, and the population aged 60 to 65 is rapidly increasing. China, with its aging population and declining birthrate, has become a society that is not rich but aging first. The income of the elderly population is much lower than that of the young. Therefore, the retirees will continue to reduce consumption, which will have a more adverse impact on China’s domestic demand market.

Overseas consumption. The China government insisted the supply-side reforms to stimulate consumer spending in the domestic market. According to the survey, the reasons why Chinese people are reluctant to consume domestically are mainly due to the inability to supply high-quality goods and services in China’s domestic market, on the other hand the high willingness of Chinese high-end consumers to consume abroad.

Relieving financial pressure of local government. At the end of May, the State Council promulgated 33 ways to bring the economy back on a normal track. Some of measures to stimulate the economy are intended to support local government finances. In addition to paying for epidemic prevention funds, local governments need to rely on infrastructure and real estate to supplement local financial resources, and they are also responsible for dealing with unfinished buildings left by previous real estate companies.

When the efficiency of a 33-point package of policy items to promote consumption is yet to be tested at months ago, 19 new economic stimulus programs have been promulgated again. Various packages of economic stimulus measures need  regulation and scroll adjustment. In the short term, it is optimistic to activate the domestic consumption market due to both indicators, national fixed asset investment and the total retail sales of consumer goods, shown the uptrend of China’s economy. In the long term, we concern that there will be more challenges in the downside of the China’s economy.

[1] These Are China’s 19 New Measures to Bolster Economic Growth. https://www.bloomberg.com/news/articles/2022-08-25/these-are-china-s-19-new-measures-to-bolster-economic-growth?fbclid=IwAR2k3FVFD_Uh_92dQF5wyhmw04U3nLWp75pZPyX72yAGhOiTGKoPm_i-E60&leadSource=uverify%20wall

[2] China has 33 ways to get economy back on track, but critics say ‘adjusting zero-Covid strategy is key’. Ji Siqi, https://www.scmp.com/economy/china-economy/article/3178989/china-has-33-ways-get-economy-back-track-critics-say?fbclid=IwAR1kHwwD6JiU2WwqwXlFL0qg0C3cI5RGgA0Krbo3oUMbNmjZ_EonN-idOqE