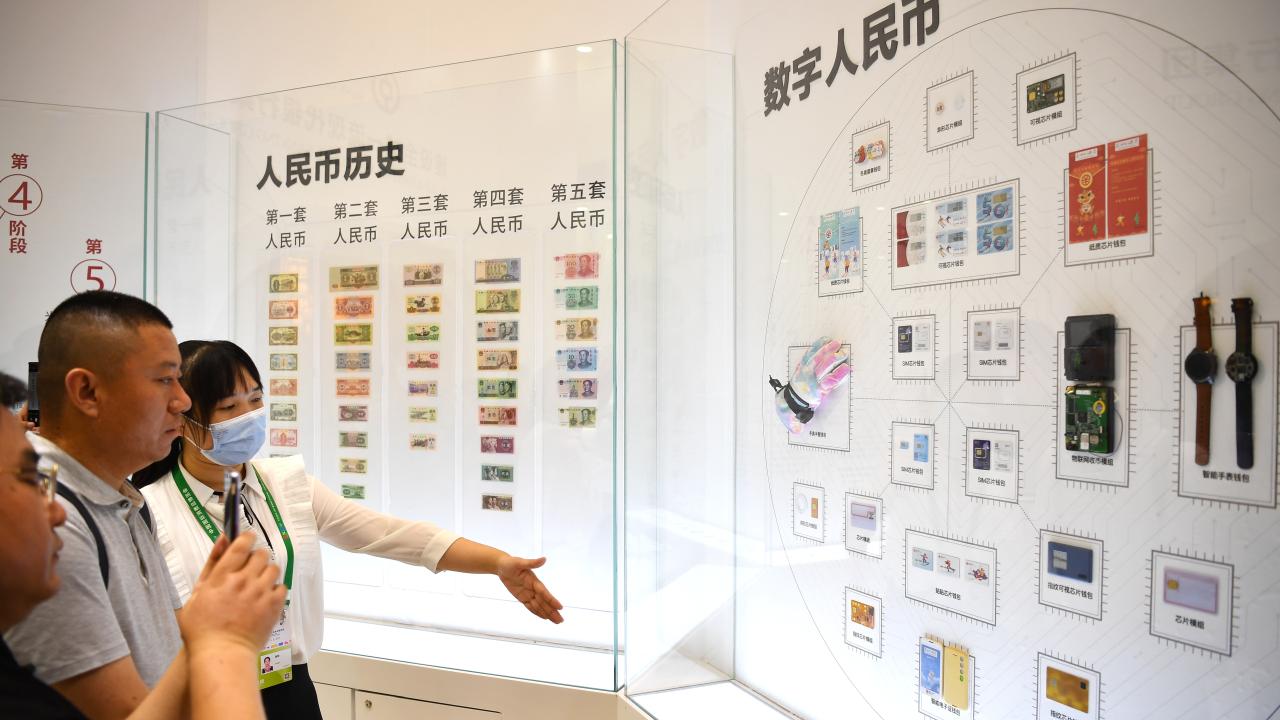 The digital economy is divided into three stages of development: using computers (office or data processing: desktop computer terminals), surfing the Internet (fixed networks, mobile networks, Internet of Things: portable computers or cell phone terminals), and connecting to the blockchain (digital applications: cloud terminals). China is currently in a state where the digital economy has moved beyond the “using computers” stage; it is passing through the “surfing the Internet” stage and is about to enter the “connecting to the blockchain ” stage. The momentum of the development of the digital economy depends on the underlying computer technology. Technological advances are having increasing impacts on social development, and methods of production, lifestyle, and business models are evolving at an accelerated pace. Overall, the demand for social productivity drives the improvement of technology, which in turn further promotes economic development. Based on this, the author predicts the critical technology trends of the digital economy over the next five years in the following paragraphs.

1. From Consumer Internet to Industrial Internet (Transformation from “to C” to “to B” & “to M”)

Currently, China’s entire “to C” Internet ecology has entered an era of monopolization by Internet companies. Certain areas are even oligopolized by a few enterprises. The “warring states” period of the “to C” market has ended, and there is no territory available to be occupied. It has been difficult for small and medium-sized Internet companies to gain market share through simple investment and entrepreneurship to become bigger and stronger. Now, the Internet ecology has entered the realm of the industrial Internet, namely the “to B” era. Internet companies, telecom operators and software companies have entered the main battlefield of the industrial Internet, each seeking a share of the pie. It is expected that in the next five years, the “to B” market will have a size of no less than 20 trillion RMB, mainly concentrated in enterprise cloud computing, industrial digitalization, industrial design, industrial Internet, intelligent manufacturing, virtual private networks, digital twin factories, industrial robotics, etc.

More recent than the “to B” market is the rise of the “to M” market. In the “to M” mode, traditional enterprises will soon enter the intelligent individual production mode. Customers can release their product requirements on the industrial Internet platform and look for enterprises that can produce customized products according to their needs. This forms a customer-centered “to M” (i.e., to the manufacturer) business model. The “to M” model can span across the many stages of intermediate distribution and realize the formation of direct links between customers and factories. By doing so, customers can directly communicate with manufacturers and designers. This provides customers with better quality, more cost-effective, personalized and exclusive products, which, of course, requires industrial enterprises to make the rapid production of small batches feasible. This new business model of de-stocking, disintermediation, and quantity-based production maximizes value for all parties and dramatically promotes structural reform on the supply side of the manufacturing industry. Moreover, it improves the productivity of traditional factors of production, forces changes to production lines, supply chains, internal management systems, and even the whole business model of enterprises, and makes the “shared factory” possible. It is worth noting that “to M” does not exclude common needs. Personalized products also have a moderate scale. Intelligentization and standardization are its basic features. The driving force behind the rise of the “to M” model is the post-1995 Generation Z (born in 1995-2009), who no longer admire authority and unexpectedly break the rules and pursue themselves without blindly following brands. This makes “to M” (a reverse customized e-commerce model) favored by all parties during the distribution of goods. At present, Alibaba has listed “to M” as its 9th business strategy.

The focus of the industrial Internet is to gradually bridge the gap that exists between the consumer Internet and the industrial Internet. In the “to C” field, China’s telecom operators have missed a critical window for transformation. However, in the “to B” and “to G” fields, cloud-network convergence provides a vital entry point for telecom operators. China Telecom has put forward a cloud-network integration and comprehensive cloud development strategy. It believes that cloud-network integration consists of four premises: the network is the foundation; the cloud is the core; the network moves with the cloud and the cloud integrates with the network. China Mobile has reconstructed its cloud network architecture for the “to B” market, continued to build a dedicated cloud network industry network, and proposed an integrated cloud-network strategy of “one cloud, one network, and integrated services” for cloud layout. China Unicom has launched seven products, namely cloud networking, cloud cluster networking, direct connect, cloud broadband, Unicom cloud shield, smart video networks and financial networks.

On December 9, 2019, China Telecom announced reforms limited to several internal departments, changing the Group’s Net Development Department into the Cloud Network Development Department. It also merged the Group Enterprise Information Department and the Network Operation Department into the Cloud Network Operation and Informatization Department. In the 5G era, new business needs and rapidly changing technologies continue to drive changes in network structures. The convergence of CT and IT technologies and the convergence of network and cloud is now a recognized industry trend. For telecom operators, 5G allows operators to pay more attention to the combination of network and application. Both operator networks and businesses are accelerating their cloudification. At the same time, 5G allows operators to have more synergies with OTT and cloud service providers. Therefore, it is the right time for China Telecom to restructure its business units, reflecting its determination to follow industry trends and promote strategic transformation. At present, the network and cloud also have a trend of convergence. On the one hand, a lot of network equipment has been cloudified; on the other hand, network planning and deployment should also consider how to support cloud-based services better. Hence, cloud network convergence is one of the future directions of network evolution.

3. The rise of the digital twin

51WORLD is a leading digital twin platform company that redefines the digital twin application ecology based on the original All Elements Scenario (AES), by integrating physical simulation, industrial simulation, artificial intelligence, cloud computing, and other technologies. This help governments and enterprises to carry out a new round of digital upgrades and lead the development of the digital twin. 51WORLD establishes a digital twin platform through AES to realize the application values of multi-source spatiotemporal data fusion, urban digital base construction, and multi-simulation model. AES has been widely used by thousands of large and medium-sized governments and enterprises worldwide, covering dozens of industries and fields like cities, parks, transportation, vehicles, water resources, ports, airports and real estate. New intelligent city construction will be a significant input direction in the future. The digital twin city has entered the implementation scale stage.

In April 2020, Tencent Cloud released the “Tencent Solution” for digital twin cities – City Base, which utilizes Tencent Cloud’s BIM (Building Information Modeling), GIS, AI, blockchain, big data, and other technologies to create more than a dozen application scenarios. It can be widely used in all stages of urban planning, construction, management, and services and helps provide a full upgrade of the digitalization of industries and cities. Currently, City Base has been expedited in relevant construction modules in Shenzhen, Wuhan, Guiyang, Chongqing, and other cities.

Beijing Seengene Inc. is committed to creating a mixed reality digital twin base by realizing mixed reality interaction between the physical and digital worlds through spatial intelligence engines and indoor and outdoor high-precision maps. By the end of 2020, there would be hundreds of millions of square meters of consumer-grade mixed reality high precision maps worldwide. It would become a new scene for intelligence information engines, providing digital twin empowerment for intelligent cities, exhibition halls, business districts, cultural tourism, and other scenes. It would help governments and enterprises efficiently realize digitalization, intelligentization, and technological transformation and upgrade, leading the 5G and digital economy era.

4. From Industrial Digitization to Digital Industrialization, and then to Big Data Capitalization

Through technological progress, all industries can be digitized, so we can say that digital is a potential resource for industries. Digital constitutes an asset when it goes from being a potential resource to being collectible, storable, and measurable, called digital industrialization. When scattered data forms big data and can bring revenue, the big data composed of digital information becomes capital; that is, big data capitalization.

The financial system of the physical world is based on the industrial economy, and the digital economy is bound to call for a new financial system.  Digital currencies based on the digital economy will generate world-class financial changes and even financial revolutions through the continuous improvement of the underlying technologies such as blockchain. 6G technology combines microwave and optical wave communication advantages, i.e., high transmission rate, high capacity, strong directionality, high security, intense penetration, etc. Compared with 5G, it is not just a substantial improvement in capacity, bandwidth, and time delay, but a closer integration with the physical world, with all aspects of production and all aspects of life. A news article from Industrial Securities Co., Ltd. claimed that the State Grid Corporation of China (SGCC) will develop the 5G world by contributing 60.6 billion to 83.4 billion RMB to set up a joint venture with one of the four major operators that have been granted 5G licenses to build 5G base stations. Imagine the grid of the SGCC throughout the country, as it builds the foundation for 5G and 6G. It is expected that rapid development is just around the corner. Artificial intelligence is moving from the industrial economy to the digital economy. The advanced stage of the digital economy is the intelligent economy. The digital economy already has exclusive artificial intelligence technologies, such as face recognition, image recognition, intelligent voice recognition and L4-level self-driving vehicles. This is still the “budding” stage of the intelligent economy. The development of the intelligent economy will subvert the existing physical world and human values. Stephen Hawking’s prediction of the destruction of the human species is not yet known.